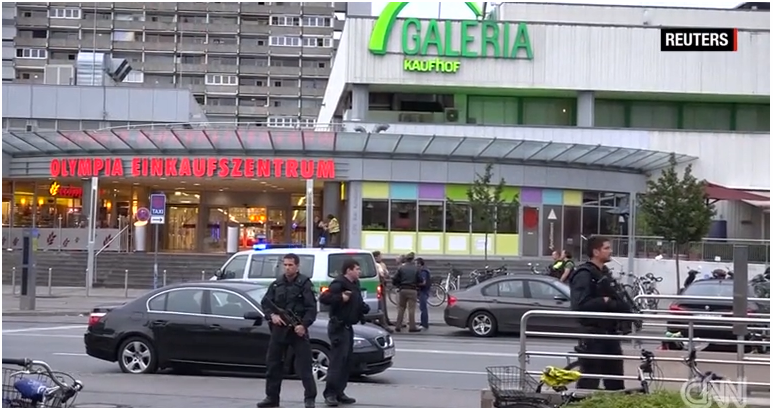 On Friday, another attack on European civilians rocked Munich, Germany’s third largest city. In what was originally reported as a terrorist attack, a lone gunman killed nine people and injured 35 others, ten of whom were severely wounded.

Here is what we know about what happened that day.

The shooting started at a McDonald's near the Olympia shopping mall. The shooter used a fake Facebook account to lure people to the restaurant by offering free food. He then proceeded to fire on the attendees with a semi-automatic pistol that he obtained off the Internet. Two and a half hours after the shooting began, the body of the gunman was found close to the shopping center. He died of self-inflicted wounds.

The shooter was identified by classmates as Ali Sonboly. He was 18 years old, born to Iranian parents, was raised in Munich and had a dual German-Iranian citizenship. Sonboly had been treated for mental illness in the past, and his mental state at the time of the attack, and the months leading up to it, are unknown. Documents found in his home confirmed that he suffered from depression and anxiety. He was also allegedly bullied by his peers.

According to authorities, the teenager had extensively researched mass shootings, but had no strong apparent religious or political ties. The gunman appears to have planned the attack in the year leading up to the shooting. There are photos of him visiting the sight of a deadly school shooting that took place back in 2009, and a large number of books on mass killing were found among his possessions.

The shooting took place on the five-year anniversary of the Oslo massacre, where Anders Breivik killed 77 people in Norway.

This has been the fourth high-profile attack in Europe in the last two weeks. Two weeks ago, 84 people were mowed down by an Islamic extremist in Nice, France. Last week, a self-proclaimed “ISIS soldier” attacked a family on a train in southern Germany, injuring four. On Monday, an ISIS soldier from Syria set off a suicide bomb in a music festival in Ansbach, Germany, injuring 15 concertgoers.