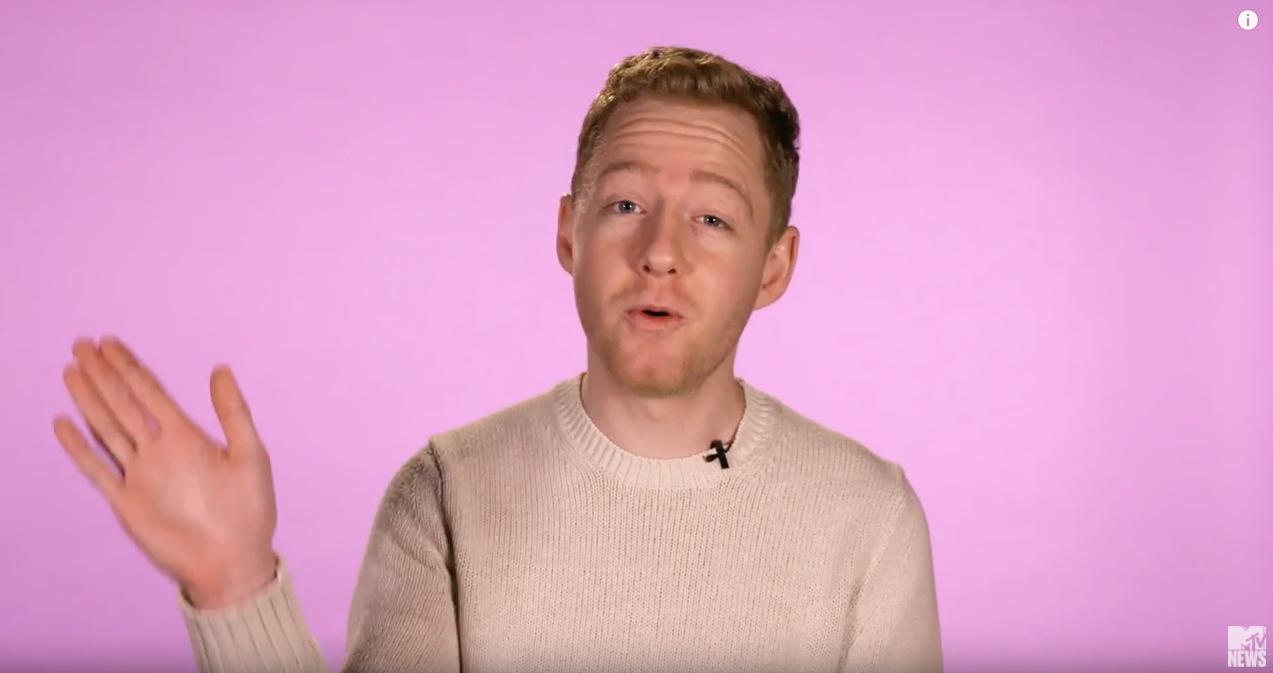 Update, 9:30 a.m., Dec. 21: After removing and reuploading the video due to "updated graphical elements," MTV has since removed the new version of the video from YouTube and Facebook. MTV has now removed the video twice, but it still appears in the original tweet on the MTV News Twitter.

Update, 12:20 p.m, Dec. 20.: MTV reuploaded the video on YouTube and Facebook. MTV claims the video was reuploaded to include “updated graphic elements”--even though the video appears identical to the video that was pulled.

Hey, white guys: we came up for some New Year's Resolutions for you. pic.twitter.com/C9EeIY6wig

This is the version MTV claims includes “updated graphic elements”:

Do YOU see any “updated graphic elements” in the reposted video?

The new version of the video on YouTube currently has 2,270 “dislikes” to 32 “likes.” So, the “updated” graphics don't seem to have improved viewers' opinion of the video.

MTV, which used to be known for playing music, is ramping up its new agenda of vilifying white men - despite the channel’s plummeting ratings.

In a video titled “2017 New Years Resolutions for White Guys,” white men are instructed “do a little bit better” and to act in certain ways or use certain words and phrases because of their race and gender.

“Hey fellow white guys! It’s about to be a new year, and there’s a few things we think you can do a little bit better in 2017,” the video begins.

“First off, try to recognize that America was never great,” a woman says as she puts the word “great” in air-quotes, “for anyone who wasn’t a white guy.”

Apparently, the fact that a woman just recently ran for President of the United States—but lost—actually means America isn’t a great land of opportunity for women compared to countries that still stone women to death for being raped. Who cares that women are now more likely to hold college degrees than men and that women make up the majority of people enrolled in law school? America is clearly not great for women.

While the phrase “Blue Lives Matter” is obviously not explicitly about race, “Blue Lives Matter” was coined after the murder of two New York Police Department officers in 2014. Social media posts show the cops were murdered by a Black Lives Matter sympathizer as revenge for the deaths of Michael Brown and Eric Garner.

The video then instructs men to “stop bragging about being ‘woke’” and “stop saying ‘woke,’” despite the term being used by men who sympathize with social justice causes and Black Lives Matter.

One woman suggests men should “Learn what mansplaining is and stop doing it,” criticizing men for having the audacity to speak to women and explain things to them.

Another speaker implies that because Beyonce is black, she must agree with a certain political narrative.

“We all love Beyonce—and yeah, she’s black—so of course she cares about black issues. I’m talking about you Fox News!” a man says. Two people in the video then assert that blackness is directly related to your political views, as they suggest white men can “have” Kanye West, who was recently spotted with Donald Trump and said he would have voted for Trump.

MTV News is known for expressing a hatred of white men. Franchesca Ramsey, who hosts a series called “Decoded,” makes videos about why everything you say is wrong and racist and why you’re wrong and racist for even thinking it.

Ramsey’s distaste for white people even prompted her to make a video titled, “Why Does MTV’s Decoded Hate White People?!?” in order to justify her views.

It isn’t just the MTV YouTube channel that preaches a hatred of white people. In 2015, the MTV television channel hosted a “White People” documentary to try to shame white people as ignorant—unless they agreed that white people are racist, privileged, and ignorant.