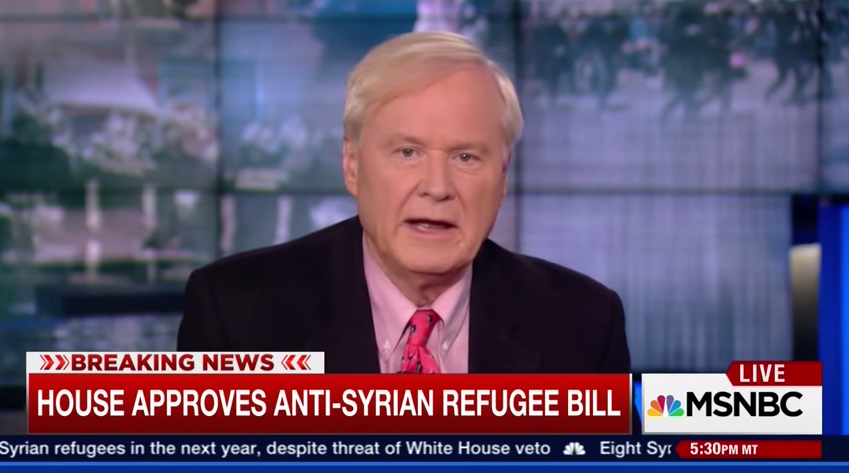 Instead of discussing both sides of the issue, or taking the time to explain why he disagrees with Ryan about the dangers of the refugee program, Matthews chose to mock the House Speaker as being dramatic.

He compared Ryan to movie character Luke Skywalker and even broadcasted a sound bite from the Speaker's remarks on the House floor Wednesday with "Star Wars" theme music playing in the background.

Watch the unbelievable clip from Matthews’ show below.