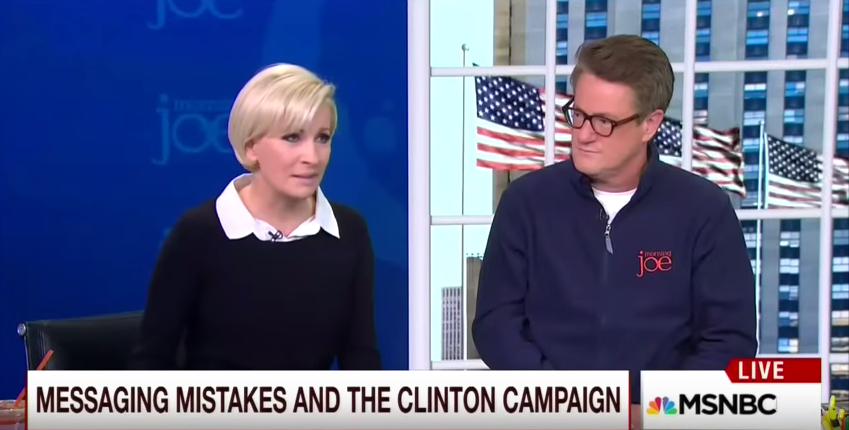 On Friday’s “Morning Joe,” co-host Mika Brzezinski dropped a bombshell that implicates the Clinton campaign in some extremely shady behavior.

She claimed that the Clinton campaign tried to have her “pulled off the air” after she suggested during the presidential campaign that Hillary Clinton may not win the election.

“I’ll just say it: NBC got a call from the [Clinton] campaign,” said Brzezinski, “like I had done something that was journalistically inappropriate or something and needed to be pulled off the air.”

“I was concerned the campaign was not understanding that perhaps there was an arrogance,” she explained. “They needed to sort of get off their high horse and understand that this isn’t over.”

News networks such as MSNBC, CBS, and CNN demonstrated bias in favor of Clinton throughout the 2016 presidential campaign.

If what Brzenzinski is saying is true, the Clinton campaign took an active role in garnering that favor.

“I mean, think about that. That’s just… shooting the wrong messenger,” she said.

“And here we are,” Brzenzinski added, reflecting on how Donald Trump won the presidency.

pulled off the air