Last week, MRCTV visited the 37th annual Conservative Students Conference. The annual gathering, sponsored by Young America's Foundation, brings some of the best and the brightest young conservatives in the nation to Washington DC, where they are treated to speeches by high-profile conservative newsmakers and seminars on how to bring other young people into the conservative movement.

Two of the speakers that were present on the final day of the summit were Townhall.com editors Guy Benson and Mary Katherine Ham. The two are co-authors of the new book entitled "End of Discussion: How the Left's Outrage Industry Shuts Down Debate, Manipulates Voters and Makes America Less Free (And Fun)."

MRCTV was fortunate enough to sit down with Guy Benson for a few minutes after he and Ms. Ham gave an incredibly well-received speech to over 200 college students.  He explained how "End of Discussion" is a different type of conservative book. Instead of simply bashing the left and Democratic Party stalwarts, it explains how the liberal grievance industry and political correctness have trickled down into our everyday lives in ways that many Americans may not even recognize - particularly young Americans. 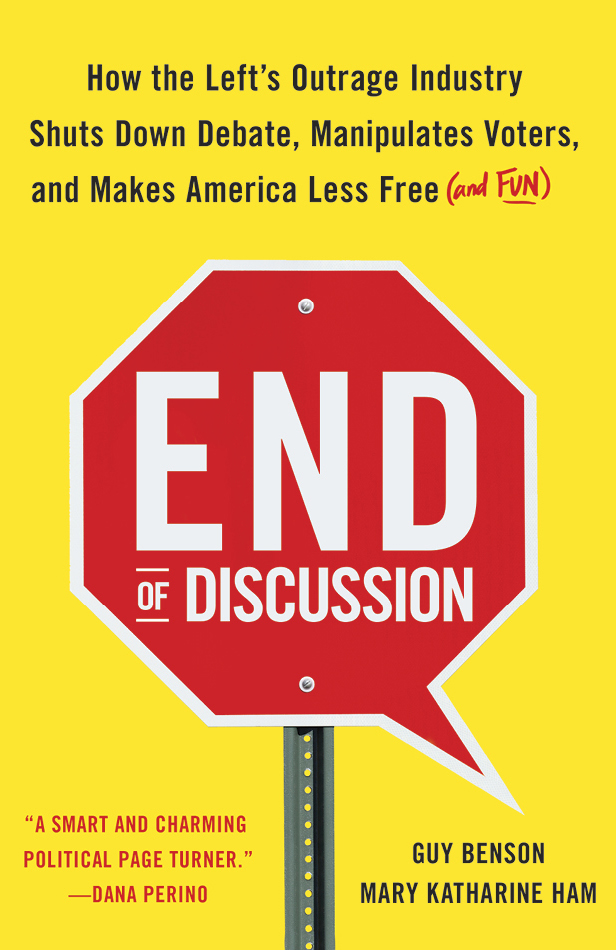