Monkey See, Monkey Do: The Story of Jack the Signalman 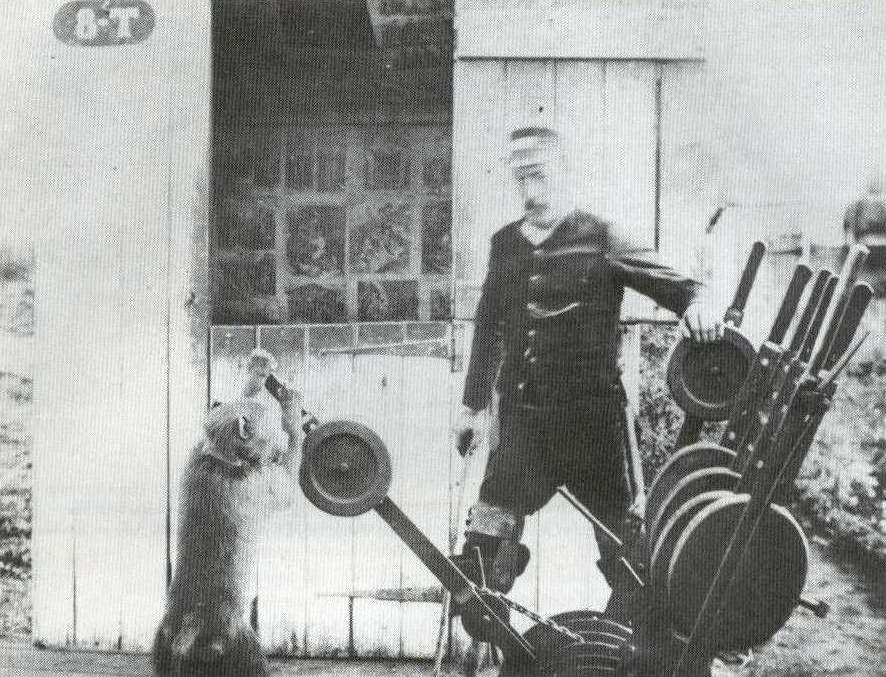 During the late 1800’s, travelers often reveled in a peculiar sight. At the rail station in Cape Town, South Africa, there was actually a very intelligent baboon who worked the levers that sent signals to inform engineers which track they should take. His name was Jack.

He was owned by a man named James “Jumper” Wide, who earned his nickname due to his penchant for jumping between railcars… on moving trains. That caught up with Jim eventually, as during one fateful attempt to jump, he miscalculated his leap and fell beneath the train which promptly relieved him of both his legs.

Wide was devastated as he was now unable to perform his leaps and found it almost impossible to perform his job as a signalman. He eventually carved some pegged legs for himself, but it wasn’t enough to maintain his value as an employee.

One afternoon, Wide was visiting the marketplace when he witnessed a baboon leading an ox wagon. Amazed, Wide approached the owner of the marvelous baboon and begged for the primate, convinced it was the answer to his dilemma. The owner was slow to agree, but he eventually had mercy on Jim and allowed him to take the baboon.

They hit it off quickly and would travel to work together and work as a team to complete the work of a signalman. Jack, the baboon, would operate the signals and give the keys to coal sheds to engineers as they arrived at the station. Jack would respond to the trains’ whistles and do what was expected of anyone of his occupation.

Most people were mesmerized by the acumen demonstrated by the baboon, though not everyone was so impressed. In fact, there was one prominent lady who was horrified by the display. She was quick to notify railroad authorities, who were utterly unaware of Wide’s beastly assistant. Jim and Jack were fired immediately.

Jim appealed for their jobs, asking for a chance to prove Jack’s ability to safely perform his duties. The appeal was accepted and a test was administered.

An engineer was instructed to blow his train’s whistle to tell Jack to change his signals. Jack correctly changed his signals without fail, even looking ahead to make sure his signal was true, and floored the rail system manager. The manager was so impressed that he gave Jim his job back and officially hired Jack. Jack was paid in monthly rations from the government.

Jack was a hard worker; he even cleaned up around Jim’s cottage and acted as a guardian in the night, scaring off anyone who would approach unwelcome.