Mon Dieu! Look Who Our Government Sent to Represent Us at the French Ambassador's Home for Bastille Day

All that said, check out who OUR government sent as representatives of our country to French Ambassador Phillippe Etienne’s residence for Bastille Day, the national day of France… 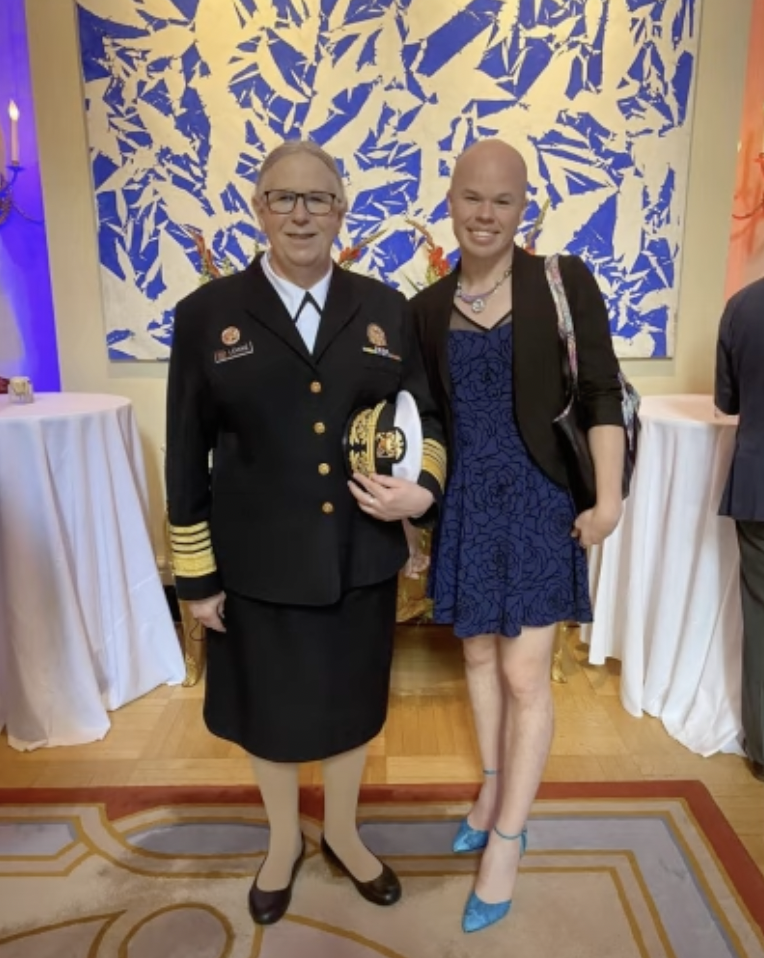 Related: WATCH: HHS Advocates To 'Trans'form Your Kids - Things That Need To Be Said

The dynamic duo pictured above is none other than the first “female” four-star admiral of the U.S. Public Health Service and U.S. Assistant Secretary for Health Rachel Levine, or the artist formerly known as Richard Leland Levine, and human dog loving LGTBQ activist and deputy assistant secretary of Spent Fuel and Waste Disposition in the Office of Nuclear Energy, Sam Brinton.

I know. That was a lot of description for only two people, but if you don’t give them a certain amount of gravitas, they’ll shriek in your face until you do. And, as a wise sage once said, ‘Ain’t nobody got time for that!’

Just thought you should know the level of government we have representing us on the international stage. Although, to be fair, it is the French.

Joe Biden's meeting with the Saudi royal family was interrupted with someone asked about Jamal Khashoggi. pic.twitter.com/Qh0LgdqAMv