Moms Are Now Risking Their Kids’ Lives to Protest Trumpcare 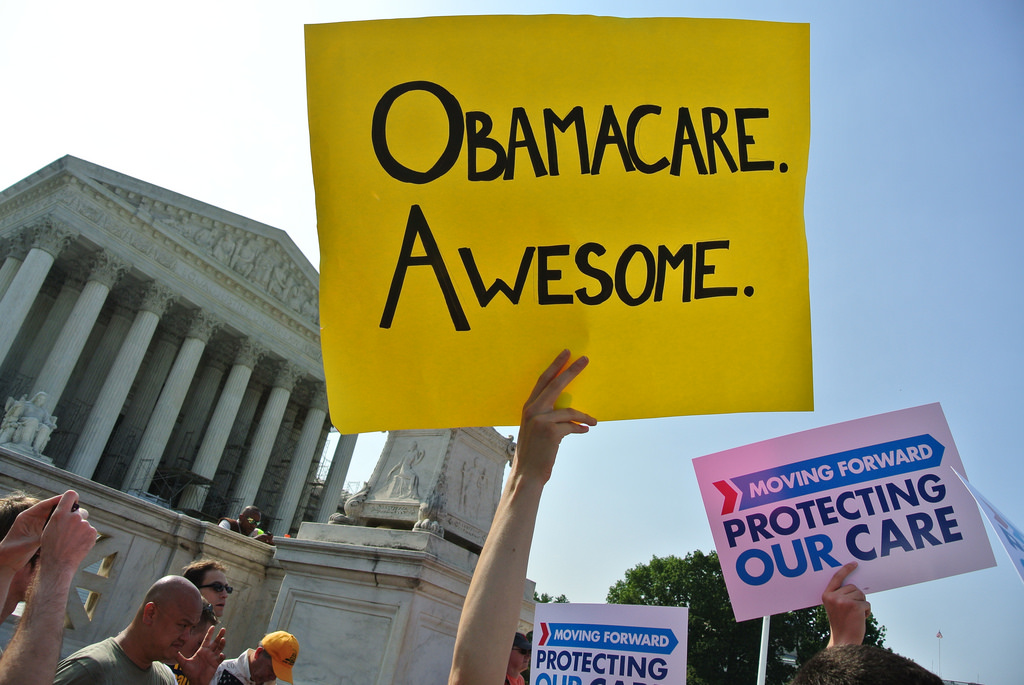 No, this is not an Onion headline.

CNN, the same reputable news outlet that brought us “Americans: Stupid as Sh*t” and the classic “From Russia, With Lies,” is now praising women who knowingly risk their children’s lives to come to D.C. and protest the GOP’s health care bill.

According to this, Louisiana moms Angéla Lorio and Jessica Michot recently journeyed to the nation’s capital on a charter bus to stand in front of the Republican National Committee building in 90-degree heat and chant sing-song-y slogans against repealing Obamacare.

Oh – and they brought their four-year-old sons, both of whom have serious medical conditions that make traveling difficult and dangerous.

Lorio’s son was born with an underdeveloped airway, and has been diagnosed with cerebral palsy. Gabriel’s issue is with his lungs. Both boys were born prematurely, and now require breathing tubes and other medical attention.

Their medical needs, from trachs to feeding tubes, turned the road trip into a risky voyage. But Lorio and Michot -- who cofounded the organization Trach Mamas of Louisiana last year -- agreed that the voyage was well worth the peril.

… "Everything with a child that has special needs is extra," Scott said. "You have to be prepared. You never know when something's going to happen. He's been perfectly fine one minute ... and then all of a sudden he's got a mucus plug in his trach, and you can't tell what's going on."

Despite openly admitting that a long stint on the road could be hazardous or even fatal to their kids, both moms packed up their sons and headed north on a charter bus. Lorio’s son ended up getting sick along the way, vomiting and clogging up his breathing tube.

A third mom, Aimee Diez, also brought her infant daughter along for the bus ride, despite the fact that the baby has a myriad of health issues impacting her brain, digestive system, hands and feet, according to the article. She’s also hooked up to a ventilator and multiple tubes, and has shunts in her brain. CNN reports the little girl started running a 102-degree fever during the trip, nearly forcing the group to stop at a nearby hospital.

Chasely's fever went down after she was given an anti-inflammatory, and Diez, with tears in her eyes, said she didn't regret bringing her daughter on the road trip.

Diez and her daughter didn’t make it to the protest, as little Chasely ended up running a steady temperature and had to be taken to the Children's National Medical Center in D.C., where she was diagnosed with an ear infection. But the other moms did. After arriving in D.C., these women dragged their sick kids in front of the RNC building in the sweltering sun and protested against alleged cuts to Medicaid included in the GOP’s new health care bill (cuts that, as my friend P. Gardner Goldsmith has so eloquently pointed out, don’t actually exist).

Now, CNN -- and, by extension, these women -- clearly want us to believe this trip was a "risky" endeavor fraught with "medical scares" and a "wave of emotion." Their phrasing, not mine. So let's take them at their word and assume nothing in this story was hyperbolized for maximum political effect.

In what topsy-turvy world, then, does it make logical sense to risk your kid's health in order to protest a bill you say risks your kid's health? It's one thing to put your kids' lives on the line if you're trying to escape Auschwitz. But taking the chance that your son might choke to death on his clogged breathing tube, all so you can stand in front of a political party's headquarters for a couple hours chanting "Hey hey, ho ho, Medicaid cuts have got to go!" isn't noble. It's stupid.

Of course, nowhere in its unashamedly anti-GOP article does CNN mention whether these women also protested the left’s love affair with legal and unrestricted abortion, which currently allows millions of women to kill their physically or mentally handicapped children before they’re ever old enough to throw up on a bus.