Students at the prestigious Massachusetts Institute of Technology examined ways Islamophobia may be “accelerating” global warming.

At an event hosted by the Ecology and Justice Forum in Global Studies and Languages on Monday, University of Melbourne professor Ghassan Hage examined “the relation between Islamophobia as the dominant form of racism today and the ecological crisis.”

Apparently, according to Hage, Islam is a race, not a religion. 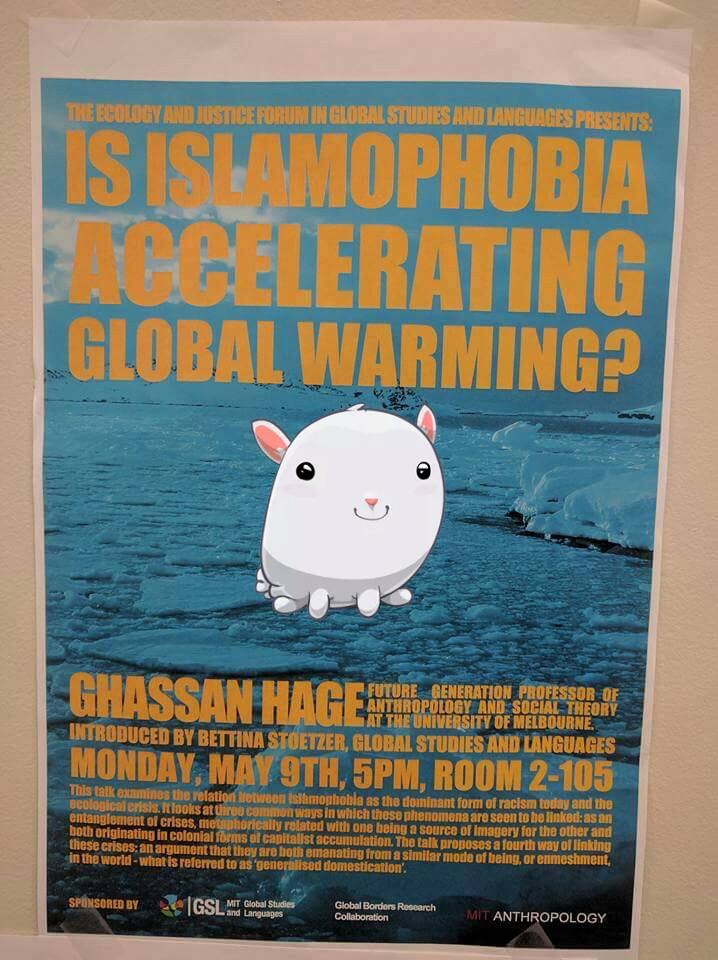 The description of the talk asserts there are four ways in which global warming and Islamophobia are linked. The event claims:

[The talk] looks at the three common ways in which the two phenomena are seen to be linked: as an entanglement of two crises, metaphorically related with one being a source of imagery for the other and both originating in colonial forms of capitalist accumulation. The talk proposes a fourth way of linking the two: an argument that they are both emanating from a similar mode of being, or enmeshment, in the world, what is referred to as ‘generalised domestication.’

Hage serves as the “Future Generation Professor in the School of Philosophy, Anthropology and Social Inquiry” at the University of Melbourne.

Despite being a critic of Islamophobia, Hage is a vocal supporter of the BDS (boycott, divestment, and sanctions) movement against Israel. While supporting nationalism for Palestinians, Hage wrote multiple books addressing his disdain for nationalism, including “Against Paranoid Nationalism: Searching for Hope in a Shrinking Society” and “White Nation: Fantasies of White Supremacy in a Multicultural Society.”