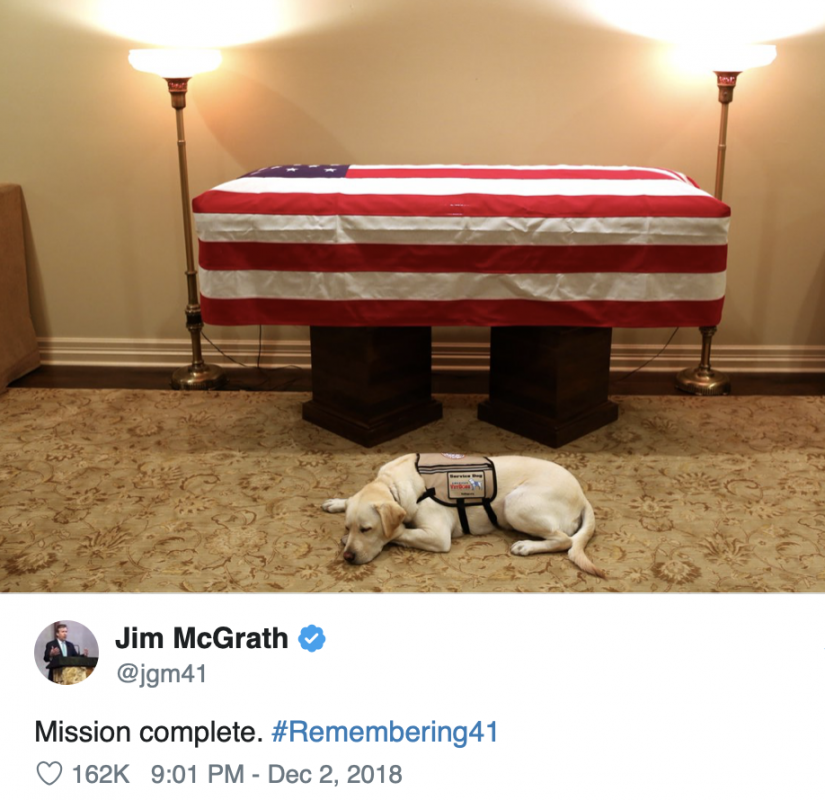 Sully will soon be back to work as a service dog for veterans at Walter Reed Hospital.

Sully became the former president’s service dog in June of 2018.