Milo Yiannopoulos on Berkeley: 'I WILL BRING AN ARMY IF I HAVE TO' 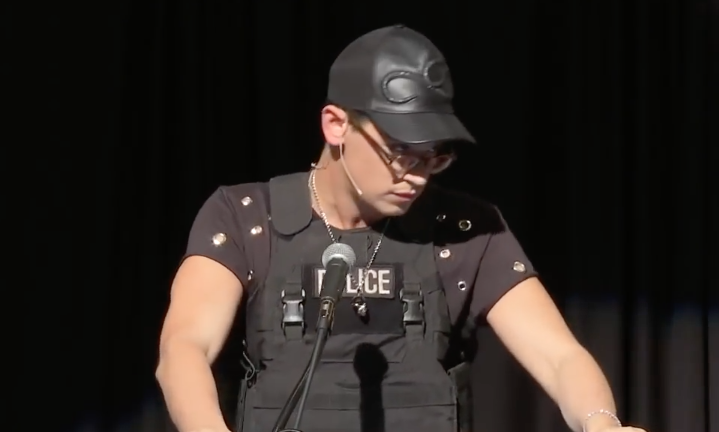 Those were the words of alt-right provocateur Milo Yiannopoulos after the news broke that conservative speaker Ann Coulter cancelled her upcoming appearance at the University of California-Berkeley. Coulter pulled out of her scheduled Thursday speaking engagement at Berkeley after the Young America’s Foundation (YAF) said the school and the campus police department could not gurantee the safety of Coulter or the students.

"Young America’s Foundation will not jeopardize the safety of its staff or students," YAF stated.

Yiannopoulos took to Facebook to voice both his displeasure and his resolve.

According to the post, Yiannopoulos has “Free Speech Walk” planned for later this year, and that is when he said that he will not back down. 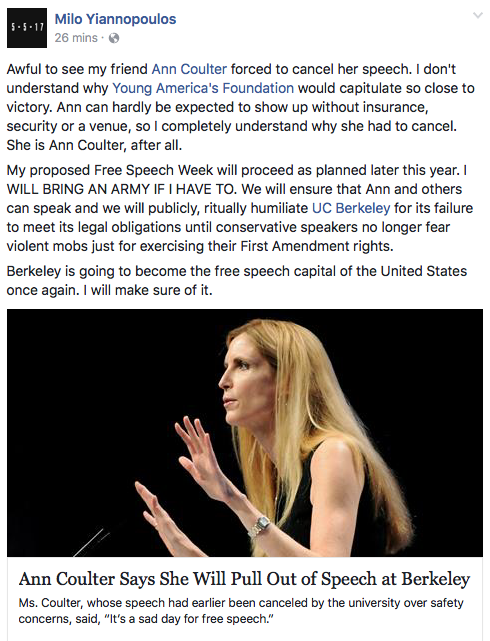 It’s a good sign that people are trying to preserve free speech, but in places like Berkeley, the radical Left will do anything to ensure that free speech is squelched.