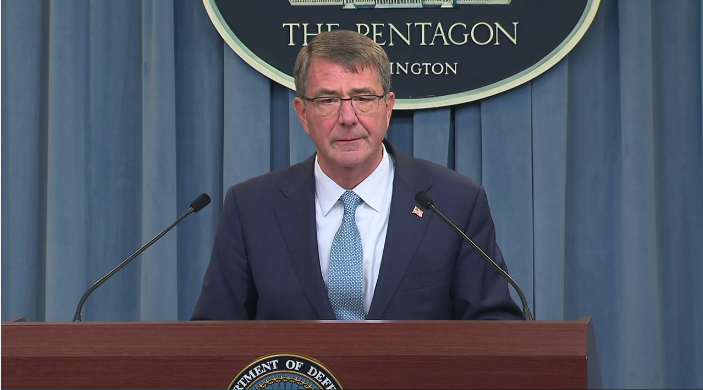 Our tax money will soon go to soldiers so they can have “gender transition surgery.” According to a statement released on Thursday from Secretary of Defense Ash Carter, transgender individuals will now be able to enroll openly in the U.S. Armed Forces. Their gender dysphoria will now be treated like every other medical condition.

According to the Associated Press, Carter wanted to rescind the ban on transgenders serving in the Armed Forces last July, allegedly calling such a ban “outdated.” He ordered a six-month study--later extended--which would considered medical and scientific research on the subject. The study also hosted discussions with other nations and organizations that had undergone similar processes of introducing transgenders into their work force and military.

As for an explanation for why he was dropping the ban, Carter said, “[W]e can’t allow barriers, unrelated to a person’s qualifications, prevent us from recruiting and training those who can best accomplish the mission.”

Carter claims a study from the RAND think tank shows there are already somewhere between 2,500 and 7,000 transgender individuals actively serving in the Armed Forces, and as many as 4,000 in the reserves.

But this policy does not just mean transgender people are no longer in danger of being “discharged or otherwise separated from the military solely for being transgender.” The military must now pay for their treatments to transition to their preferred gender. According to the transgender implementation fact sheet, “The Military Health system will be required to provide transgender service members with all medically necessary care related to gender transition.”

Our tax dollars will go to funding gender transition surgery in the same way that our tax dollars go to letting military personnel go to college for free. The Defense Department already consumes about $602 billion a year, about 16 percent of our nation's spending. In 2015, the military's annual healthcare budget was $47.8 billion.

Aaron Belkin of San Francisco State University told Reuters gender transition operations will cost the military approximately $5.6 million a year. That figure, however, does not tell the full story.

Our tax dollars will not just go to the actual medical procedures, it will also go towards all of the medical training needed to perform gender transition treatments.

According to the Military Times, “Under the policy, the services can continue to reject prospective recruits who have been diagnosed with gender dysphoria — feeling that one's biological gender is the opposite of the one he or she identifies with emotionally and psychologically — unless a doctor certifies the individual has been treated and ‘stable’ for at least 18 months and does not suffer from any significant distress or other impairment.”

After they have legally transitioned to their new gender, transgender people will be able to “use the bathrooms, housing, uniforms and fitness standards of their preferred gender.”

Not everyone sees this new policy as a triumphant, Progressive step. The House Armed Services Committee Chairman, Texas Republican Representative Mac Thornberry, has called this approach to transgenders serving in the military just another instance of the administration “prioritizing politics over policy.”

These standards will be quickly implemented over the next year, so prepare your wallets for the next tax day.