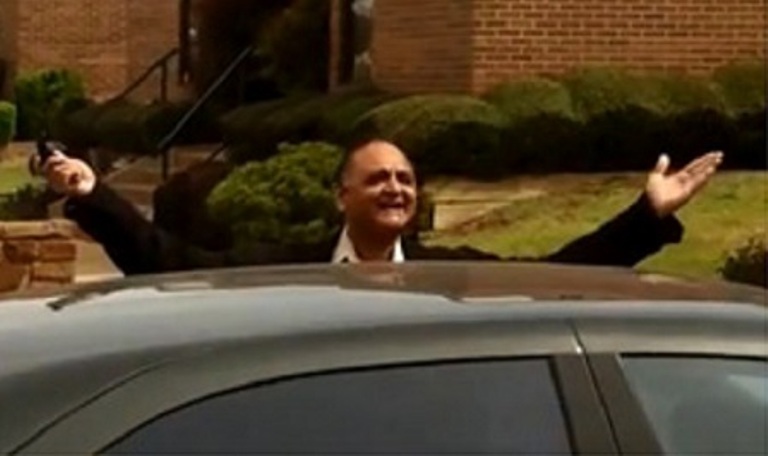 The investigation arose from a complaint subsequent to the autopsy of a former patient of his who had passed away from cervical cancer. The woman’s autopsy showed no signs of her being pregnant during the time period in which Patel prescribed and performed an abortion procedure:

“An investigation into Patel’s dubious practices arose from a complaint that he had performed an abortion procedure on Pamela King, even though she was not pregnant,” Attorney General Pruitt explained. “King was diagnosed and died from complications of cervical cancer later that year, and her autopsy determined that she had not been pregnant in the time frame that the abortion procedure occurred.”

“Undercover agents from the Oklahoma Medical Licensure Board, the Oklahoma City Police Department and the Attorney General’s Office set up appointments with Patel where the doctor performed ultrasounds and pregnancy tests on the women where he is alleged to have fraudulently identified each undercover agent as pregnant. Afterward, he prescribed them an abortion-inducing drug, provided directions for administering it and charged the female agents for the unnecessary treatment.”

“This type of fraudulent activity and blatant disregard for the health and well-being of Oklahoma women will not be tolerated.”

He continued, “Oklahoma women should be able to trust that the advice they receive from their physicians is truthful, accurate and does not jeopardize their health. This investigation is a textbook demonstration of inter-agency cooperation to protect Oklahomans and prosecute the worst offenders.”

If convicted of fraud, the mal-practitioner could face up to three years in jail and be forced to pay a fine of up to $15,000.

Patel is notorious for a number of graphic crimes, including allegedly dumping the remains of nearly 60 aborted babies in 1992 as well as raping and sodomizing his abortion patients as they awaited their procedures. Patel was never found guilty despite a heap of evidence that would suggest the contrary.