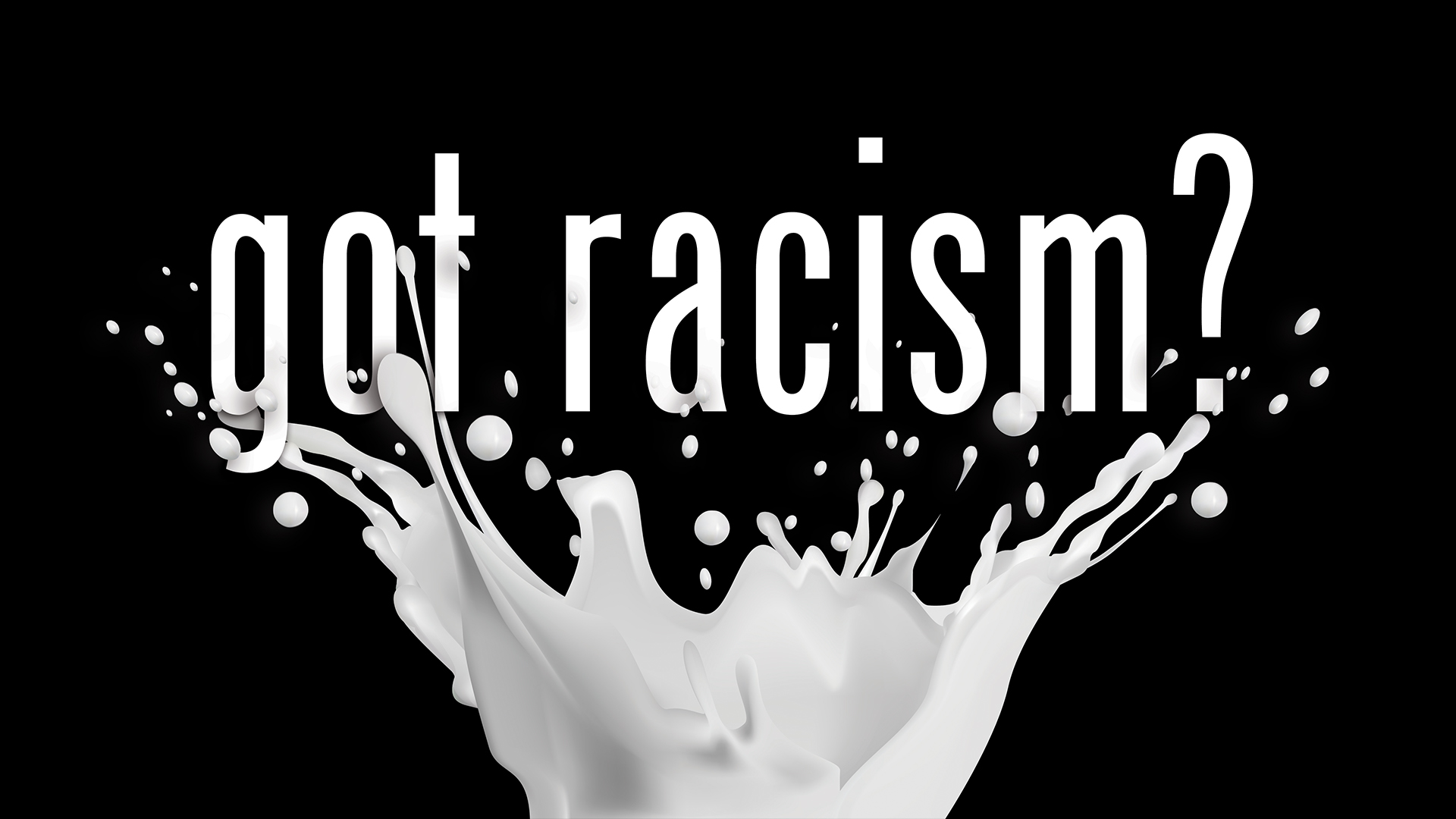 You know the old saying, “Milk does a body good?” Well, it does, and you’re a racist.

In case you're not familiar with Diaz's article/argument, here you go:

The federal endorsement of milk in American diets contributes to the problem by uncritically pushing people to drink milk, despite the potential detriment it has on non-white people’s health.

Diaz references a study that states that 75 percent of African-Americans are lactose intolerant. Therefore, touting the health benefits of milk ignores non-white people, and is intrinsically racist.

“It may not surprise you that the United States was founded on racism,” Diaz added, by way of explanation. “That every institution we uphold has racist roots that are sometimes difficult to catch and even harder to fight against.”

Diaz goes on to argue that white nationalists and neo-nazis are using milk as a form of white supremacy.

Really? Seriously? What’s next? Elmer’s glue and plain yogurt are racist, too, right? Why don’t we just classify anything that has the color "white" in it or on it as "racist," while we're at it. And what about chocolate milk? That's not white. Although, it very well could be white milk masquerading as chocolate milk, and that's cultural appropriation. Just another form of closet racism -- somehow.

Apparently, this all stems from internet trolls finding a Mother Jones article, which Diaz provides no source for (here, Samantha, I’ll do your job as a journalist for you), which asks another question, “Are the U.S. Dietary Guidelines on Milk Racist?”

No! No, they’re not! The crazy portion of the ever-growing liberal population have been trying to prove that white people are racist for so long that they’ve jumped the shark and become the predominant purveyors of racism themselves.

But Diaz takes the Mother Jones article as gospel -- particularly the excerpt stating that “milk is non-beneficial to Africans.”

Here’s another little nugget of dumb from Diaz:

Remember that this is the dietary guidelines for Americans. I want to emphasize that last word. These guidelines are for Americans. This means they should reflect the health needs of the ethnicities that make up America which, news flash, isn’t just white people.

As an evil white guy, may I just state that, not only do I have eyes, but those eyes can see that white people aren’t the only race in this country and around the world.

One thing did pop-up to me about Diaz’s article — her race terminology contradicts itself.

On one hand she calls black people “Africans.” But then, in the very next breath she implies that no matter what color a person is, we are all Americans.

If we’re all Americans who are told ad nauseam that we should be "united," then why do liberals constantly divide everyone into different segments of the population? If we’re Americans, then there should be no hyphenated terminology.

Diaz continues by declaring that milk is the new symbol of hatred for white supremacists and firing a parting shot of social justice bullcrap:

Until we recognize the racist roots in our own systems of government and fight to remove them, we are all in part responsible for the white, creamy form of racism currently taking hold in our country.

Listen, Samantha. You can call yourself responsible for this supposed racism in our government, which has always existed ironically on the Left, but don’t lump the rest of us in to your self-righteous diatribe. The majority of us just go about our day without ever thinking, “What can I do to enable racism today?”

Most of us will never reach to the asinine conclusions people like Diaz jump to, because we have more important things to do than determine what racist effect milk has on non-white people.