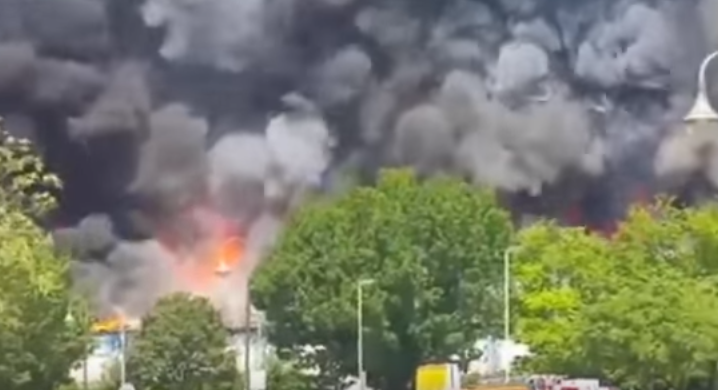 Forget taking responsibility for your own life. Just institute chaos every time someone else doesn’t remind you of your own responsibilities.

This is apparently what happened at the Dusseldorf refugee camp in Germany on Tuesday. Migrants that live in the hall-turned-camp provided for them for free by the oh-so tolerant German government burned it to the ground, reportedly because they were not woken up for Ramadan breakfast.

Some people get a little cranky when they miss a meal, but this is taking it to another level.

During Ramadan, Muslims are basically not allowed to do anything from sun-up to sun-down, including eat. So when certain inhabitants of the camp realized that it was too late for them to grab a Toaster Strudel, they got a little testy.

According to the Daily Mail, emergency personnel treated 25 people for smoke inhalation. Police began an arson investigation and believe that the fire began after someone doused a mattress in lighter fluid and set it ablaze.

The German newspaper Express wrote that in-fighting between Arabs and people from Iran and Afghanistan has become commonplace in camps like this one, a conflict that apparently helped spark the blaze.

The report stated that "Two Moroccans living at the centre said Iranian security staff at the facility had 'deliberately' not woken those observing Ramadan ahead of their scheduled breakfast time.”

Is it just me, or are these stories beginning to sound like five-year-olds fighting over a toy?

“During this time of Ramadan, there was one group that wanted to strictly observe the fast, and another that insisted on the usual timetables and usual servings,” said Ralf Herrenbrueck, a spokesman for the prosecutors’ service.

They are literally fighting and burning down their own homes over what time they should eat breakfast.

Police and prosecutors said one of the two 26-year-olds was seen pouring flammable liquid onto a mattress and setting fire to it, while the other told fellow residents: “We had to do it so that things change.”

Listen to how utterly stupid that sounds: ‘We needed to burn down the place that we live in for free so that we can eat breakfast when we want.’

For video of the fire, watch below: