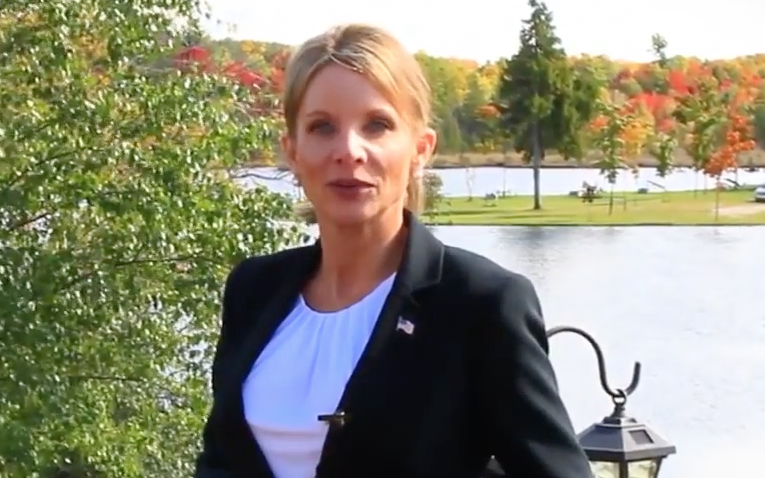 You either adjust to living by the laws the U.S. already has on the books, or you can leave.

Someone is finally taking a stand against the Islamic caliphate that is happening in Michigan.

Republican Michigan State Rep. Michele Hoitenga has proposed a bill to the state legislature that would essentially ban the practice of Sharia Law in Michigan.

Should the bill pass, many Muslims in places like Dearborn, Mich. will no doubt raise a stink that they can’t properly practice their religion freely.

According to the proposed bill:

(2) As used in this act "foreign law" means any law, legal code, or system of a jurisdiction outside of any state or territory of the United States, including, but not limited to, international organizations and tribunals, and applied by that jurisdiction’s courts, administrative bodies, or other formal or informal tribunals.

While the bill doesn’t point out Sharia specifically, it does prohibit any foreign law that wasn’t established in the U.S.

Here’s the thing. If you’re a Muslim, and you want to live in a place where you can establish and practice your own set of laws, then you shouldn’t have left your place of origin in the first place.

If a country, like the U.S., is open and welcoming enough to accept you into their society, then it would behoove you to assimilate to your new surroundings. Too many times people leave their crappy country in search of a better life, but when they get to their new residence they try to change it so that it resembles said crappy country.

Again, if you don’t like your new surroundings you can always leave. No one is keeping you here.

Opponents to the bill, like Democrat State Rep. Abdullah Hammoud of Dearborn, has been noted to have said that practices like female genital mutilation (FGM) have no link to Sharia.

“As a Muslim, I can tell you that I'm not aware of a fundamentalist version or another version that encourages female genital mutilation,” Hammoud said. “That’s just not a thing.”

Well, Rep. Hammoud, you might want to refresh yourself on your own religion, because you are in fact wrong.

According to the Clarion Project:

Holton also reports the opinion of Sheikh Yusuf al-Qaradawi, the Sunni Islamic world’s foremost sharia scholar, head of the International Association of Muslim Scholars and European Council for Fatwa and Research, and chairman of the board of trustees of Islamic American University. Qaradawi is also considered  the Muslim Brotherhood's spiritual and ideological leader. Qaradawi issued a fatwa asserting that "circumcision is better for a woman's health and it enhances her conjugal relation with her husband" and that, "whoever finds it serving the interest of his daughters should do it, and I personally support this under the current circumstances in the modern world.”

Although, give credit to Hammoud for trying to cover up the clear lack of human rights, particularly towards women and gays, that are part of Sharia. Hammoud is part of the problem.

Hoitenga even referenced Dr. Jumana Nagarwala. Nagarwala is the monster who along with other Islamic doctors allegedly performed FGM on minors in Michigan.

"If you have not heard by now, a doctor in Detroit is being charged with operating an underground clinic that actively engaged in genital mutilation on young girls," Hoitenga said in an email, "essentially practicing a fundamentalist version of Sharia Law."

Are there Muslims that are peaceful people? Of course.

Are there also a growing number of Muslims in this country that are trying to stain their ideology onto the fabric of America? Absolutely.

We can all live together, but until the growing radical portion of the Islamic faith recognizes the idea of a free society, it will not be an easy task.