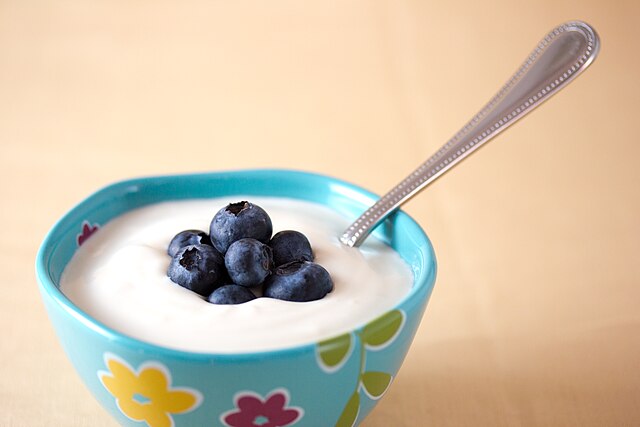 Ideological opponents of many Obama administration domestic policies breathed sighs of relief when Donald Trump beat Hillary Clinton in the 2016 election, but their relief probably wasn't as strong as that of American kids who eat school lunches.

At the moment of its implementation in 2011, Michelle Obama’s revamped federal school lunch program was an unmitigated disaster, seeing kids toss even more food into the trash than they previously did, and causing school districts to shell out more money as the months went by.

But there was at least one winner in the political games of the federal school lunch program who, thanks to ties to the powerful lords of the state, made lots and lots of cash: Hamdi Ulukaya, founder of Chobani yogurt.

After getting a below-market level federal loan of $800,000 in 2005 from the Small Business Administration, Ulukaya bought an empty Kraft yogurt plant, and he was off. Besides not appearing in the U.S. Constitution, and being sweet, low-interest deals that businesses could not get from private lenders without showing great promise or having collateral, SBA loans are adorable in that should the recipients default, the U.S. taxpayers are liable for the remainder of the loan. Nice, huh?

But Chobani was not done playing the political game. After all, he has friends in very, very high political places.

For example, after the New York dairy industry began to lose ground, U.S. Sen. Chuck Schumer (D) introduced in 2006 the National Dairy Equity Act (NDEA), which subsidized the over-saturated New York dairy farmers to the tune of $93 million annually. This allowed the market to continue to over-produce, and gave Chobani, which requires four times the amount of milk to make an ounce of Greek yogurt as regular producers need to make non-Greek yogurt, artificially lower prices.

Not done there, Mr. Schumer then played an integral role in steering the Michelle Obama Lunch Lockdown Law, or whatever it’s called, towards placing Greek yogurt on the mandatory menu. As Abby Wisse Schachter reported for Reason in 2013:

So why is the government introducing a more expensive Greek-style yogurt option when things already aren’t going so well?... The answer is because a Democratic senator (Schumer) working with a successful and politically-correct business (Chobani) exerted as much pressure as they could on a willing USDA. Chobani spent at least $80,000 on lobbyists and that was after Schumer had started his Greek-yogurt campaign with the USDA.

The lunch program costs over $15 billion, so garnering a chunk of that tax cash is a big incentive to increase the political pressure. As Dan Freedman wrote for the Albany Times Union in 2015, Mr. Schumer was so fond of Greek yogurt that he not only got the NDEA passed, he and N.Y. Sen. Kirsten Gillibrand actually had agriculture experts on their staff to help steer the Obama lunch program toward the product.

In 2012, Schumer then introduced his glibly titled Dairy Augmentation for Increased Retail in Yogurt act, aka, “DAIRY," which gave dairy farmers the opportunity to let dairy farmers “…who purchase cows already in production write them off as a capital expense, create a tax-preferred savings account for farmers and otherwise carve out special tax benefits for the industry.”

With friends like Schumer, Chobani had nowhere to go in the political-economic system but up. In 2014, the company secured a $750 million loan from TPG Capital, a San Antonio-based investment firm that not only has strong ties to the Clinton Global Initiative, but also to JP Morgan Chase, and whose head, a man named David Bonderman, was one of the donors involved with a DNC program that took $2 million in donations made to the party and shifted them into the presidential campaign of Bill Clinton.

Many conservative writers, including the very productive Lee Stranahan, writing for Breitbart, criticize Mr. Ulukaya for his support of refugee sanctuary locations and his employment of immigrants. But his interest in helping immigrants is likely motivated by personal and altruistic motives. What is clear, however, is that Mr. Ulukaya’s political moves have given his product great windfalls at the expense of taxpayers. People who don’t want to buy yogurt should not be forced to pay for it to be put into school lunches, nor to subsidize the cost of the milk a yogurt-maker needs to create the food.

Kids in school often threw out the stuff the feds put on their trays.

It’s a shame the feds have yet to throw out the ideas of taxpayer-funded school lunches, dairy subsidies, and special tax favors for the politically connected.