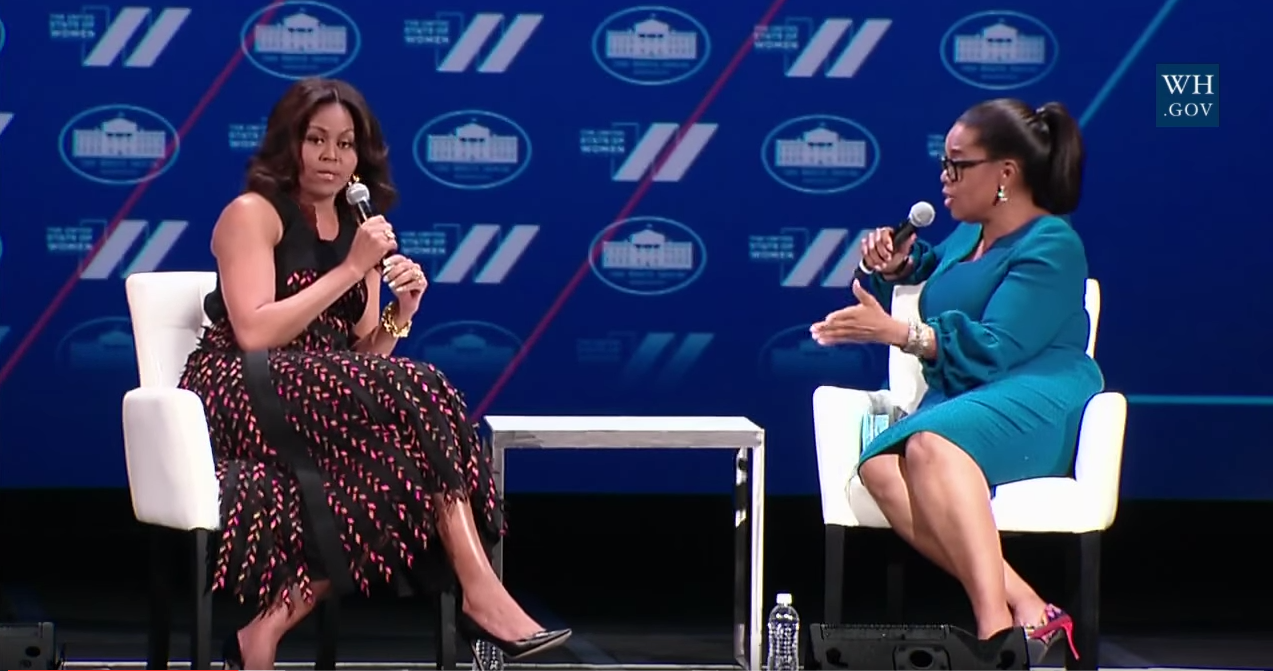 First Lady Michelle Obama asserted men “don’t have to balance anything” in their lives while speaking at the United State of Women Summit on Tuesday.

During her talk with Oprah Winfrey, Obama discussed how she learned to allocate her time so she could spend more time with her children.

“I actually took this on even before I became First Lady, even as a lawyer, even as the vice president at a hospital, one of the things I realized is that if you do not take control over your time and your life, other people will gobble it up. If you don’t prioritize yourself, you constantly start falling lower and lower on your list, your kids fall lower and lower on your list…”

“So by the time you got here, you knew how to do that,” Winfrey said.

“I knew how to do that,” Obama responded.

“I think that’s one of the number one issues with women. I have never, in all of my years of interviewing, have ever heard a man say, ‘You know, I just don’t have the time. I just don’t. I don’t find a way to balance,’ Winfrey said.

“You know why? ‘Cause they don’t have to balance anything,” Obama said. “Sorry.”

“You know, and I hope that that is changing, but so many men don’t have to do it all,” Obama said.