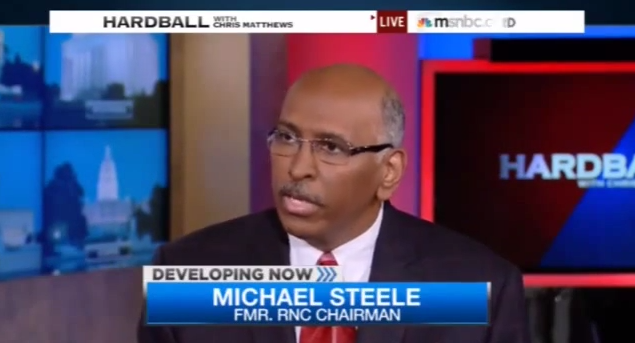 “When you do a bigoted thing, you’re going to get called out on it," Malloy said.

“Do you [Republicans] really want to condemn gay people to second class citizenship in America today? This year?” he asked.

Steele chimed in, “I cannot disagree with [Malloy] more. He just needs to bring the crazy down a little bit on this."

"I think the hyperbole, calling people bigoted when you know that’s not the case...”

Malloy interrupted Steele, to which Steele replied, “I let you do your rant uninterrupted. Now you’re going to let me bring some clarity and commonsense to the conversation.”

“This law is based on past, present federal law. Thirty-one states have it..."

“The governor has promised a fix. Let’s see what that fix is."

"I suspect that fix will either address a non-discrimination law, in which it makes very clear, the governor stated today, that gay and lesbians will not be discriminated under law in the state of Indiana, or something close to that,” he said.

Check out the full fiery exchange below.