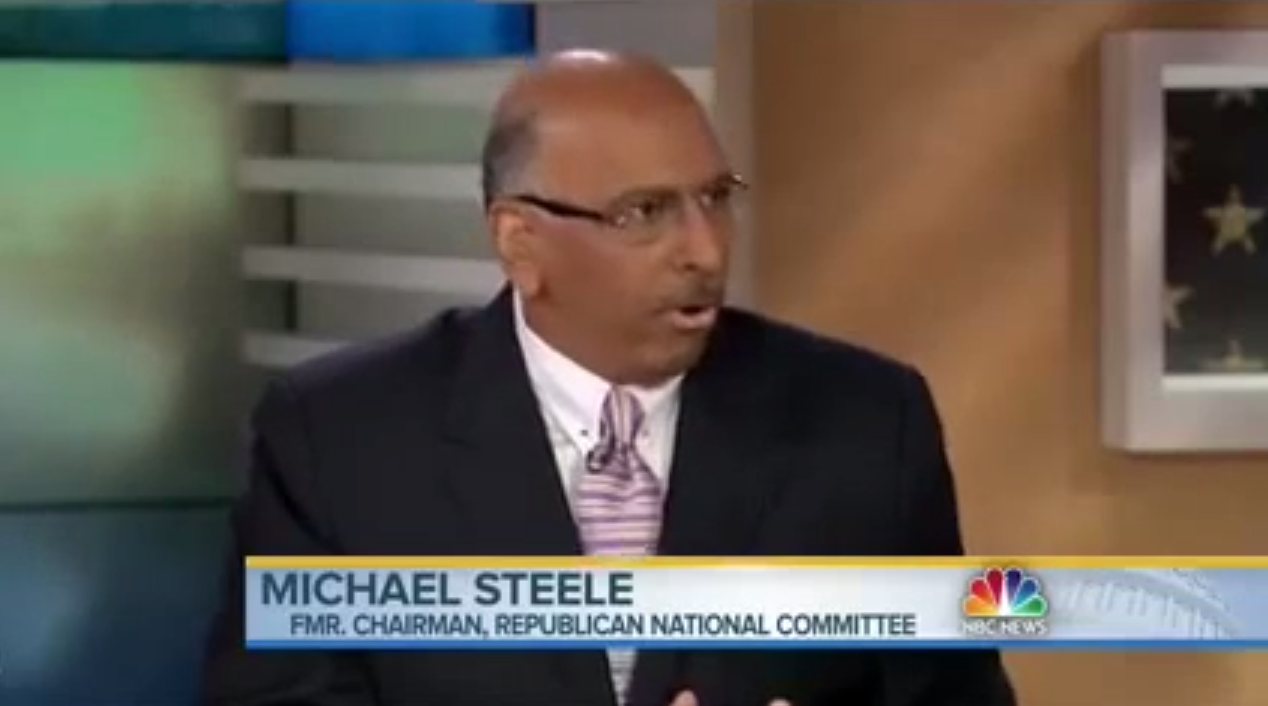 Michael Steele, the former head of the Republican National Committee to the bafflement of conservatives everywhere, somehow drew a comparison between the savage Parisian terrorists and American Evangelicals.

The MSNBC political analyst argued that if Charlie Hebdo cartoons depicting the Christian God were published in the United States, American Evangelicals would “raise up mightily” in protest.

“I think a lot of Evangelicals, particularly in this country, would raise up mightily and make a lot of noise,” Steele said.

“Now, obviously not to extremes, but there would be a lot of protest against a publication like that.”

The satirical magazine Charlie Hebdo has already published offensive if not blasphemous cartoons about the Christian God, all readily accessible on the internet for even Christians living in the U.S. to see. Unlike the Parisian terrorists, however, you don't see American Evangelicals creating chaos or shooting up offices.

Honestly, what kind of argument was that?