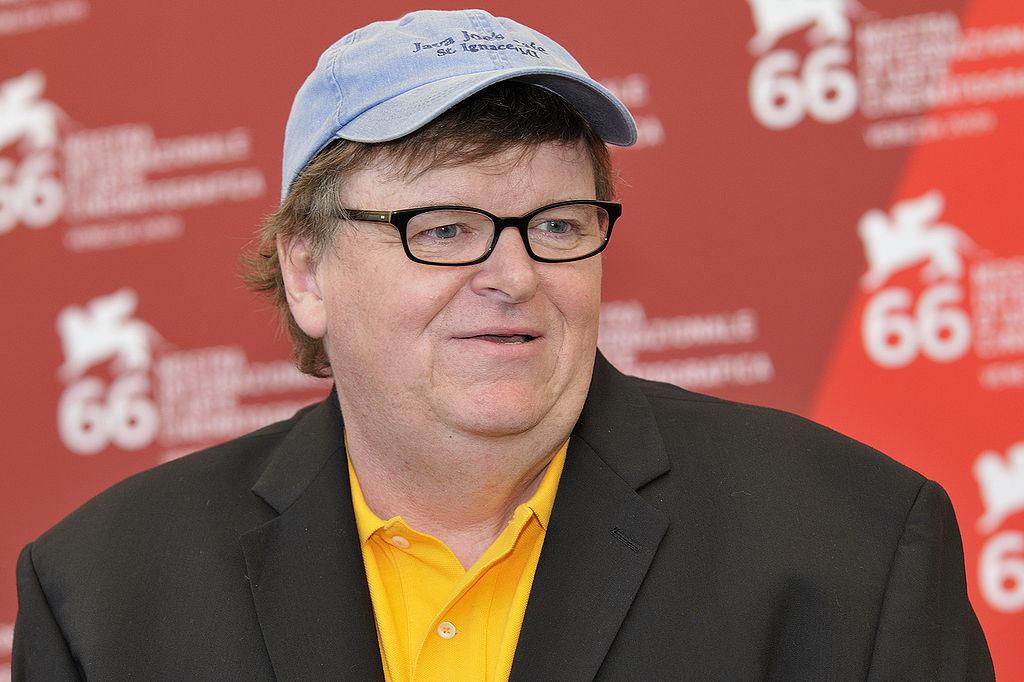 Awww look, everybody! Documentary filmmaker Michael Moore has come to save all of us from...well I’m not quite sure yet, but he’s going to try really, really hard!

Moore wrote an op-ed for a site called alternet.org, and he gives us some of his ever so golden nuggets of wisdom as to how we can endure life now that Donald Trump was elected president.

Moore’s seven point plan includes a vast array of topics ranging from forming opposition to the new administration to fixing the water in his hometown of Flint, Mich.

Let’s take a gander, shall we?

First point of his plan:

1. Must quickly and decisively form an opposition movement, the likes of which hasn't been seen since the 1960s. I will do my part to help lead this as I'm sure many others (Bernie, Elizabeth Warren, MoveOn, the hip-hop community, DFA, etc.) will, too. The core of this opposition force will be fueled by young people who, as with Occupy Wall Street and Black Lives Matter, don't tolerate BS and are relentless in their resistance to authority. They have no interest in compromising with racists and misogynists.

You literally named a bunch of people and groups who already oppose everything that a majority of Americans enjoy. They oppose things like free speech, the 2nd amendment and life in general.

I thought there were already opposition movements to combat free speech and who do tolerate “BS." You know, the social justice warriors at colleges across the country, race hustlers and professional protesters who have no idea what a real job entails.

2. Prepare to impeach Trump. Just as the Republicans were already planning to do with President Hillary Clinton from day one, we must organize the apparatus that will bring charges against him when he violates his oath and breaks the law—and then we must remove him from office.

Moore calls her “President Hillary Clinton,” but he knows she lost, right? That’s why Moore wrote this. Maybe he forgot.

Clinton has supposedly broken a bunch of laws, but I didn’t see anyone bring any charges against her. Isn’t that right, Mr. Comey?

Onto the next one:

3. Must commit right now to a vigorous fight (including civil disobedience, if necessary) that will block any and all Donald Trump Supreme Court nominees who do not meet our approval. We demand the Democrats in the Senate aggressively filibuster any nominees who support Citizens United or who oppose the rights of women, immigrants and the poor. This is non-negotiable.

You can’t rewrite the Constitution with your Cheeto stained fingers while sitting in your mansion to fit belief that we don’t already have laws protecting those things, Michael.

4. Demand the DNC apologize to Bernie Sanders for trying to fix the primaries against him, for spinning the press to ignore his historic campaign, for giving Clinton the questions in advance at the Flint debate, for its latent ageism and anti-Semitism in trying to turn voters against him because of his age or religious beliefs, and for its anti-democratic system of "super delegates" who are elected by no one. We all know now that had Bernie been given a fair shot, he probably would have been the nominee and he—as the true outsider and "change" candidate—would have inspired and fired up the base and defeated Donald Trump. If no apology is soon forthcoming from the DNC, that's okay—when we take over the Democratic Party (see yesterday's To-Do List, #1), we will issue the apology in person.

People like Moore have all these to-do lists, but they never actually “to-do” anything - except complain about what isn’t fair in their lives.

You heard it from Moore himself. Socialists will take over the Democratic Party.

What else you got, Michael?

5. Demand that President Obama establish a special prosecutor to investigate who and what was behind FBI director James Comey's illegal interference into the presidential election 11 days before the vote was held.

I’m pretty sure her illegal emails and illegal server were what was behind the FBI’s investigation. Maybe, you should tell the candidate you support not to break laws.

6. Begin a national push while it's fresh in everyone's mind for a constitutional amendment to fix our broken electoral system: a) eliminate the Electoral College—popular vote only; b) paper ballots only, no electronic voting; c) Election Day must be made a holiday for all or held on a weekend so more people vote; d) all citizens, regardless of any run-ins with the criminal justice system, must have the right to vote (in swing states like Florida and Virginia, 30-40% of all black men are prohibited by law from voting).

Funny. The Electoral College never really seems to get any grief from the same people who are currently slamming it when the results end up in their favor.

From what it seems, if you got rid of the electronic voting, wouldn’t Clinton have received fewer votes?

You want the election to be on a weekend so that more people vote, but everyone I know who voted has a day job and didn’t have any problem getting to the polls. And of course you would want people who committed felonies to vote.

7. Convince President Obama to immediately do what he should have done a year ago: send in the Army Corps of Engineers to Flint to dig up and replace all the poisoned pipes. Nothing has changed; the water in Flint is still unusable.

This is what happens when you have an entire generation getting degrees in useless majors. Maybe, we wouldn't have to call in the Army Corps of Engineers if we could teach some people useful trades.

Although, who is Michael Moore kidding? While what happened to Flint's water is horrible, his drinking water in Flint is just fine. Sharing is caring, Mikey. Or at least that’s what we usually here from people like you who preach to the rest of us about doing their “fair share.”

Thank you for the list, Mr. Moore. I really don’t know how the country could’ve handled the aftermath of an election without you.