Leave it to one of the biggest blowhards in the Hollywood cult to prove — within a matter of minutes — how completely out of touch he is with reality, all while basically admitting that “Democratic Socialism” is Communism.

Moore dedicated four schoolgirl-crush inspired tweets to Marx and the influence he’s had on “visionaries,” like Sen. Bernie Sanders (I-VT).

Here’s the first three of those tweets: 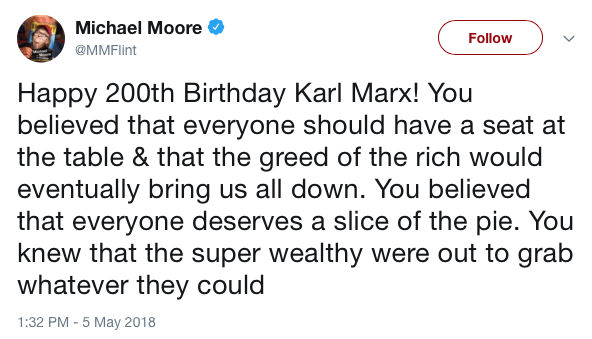 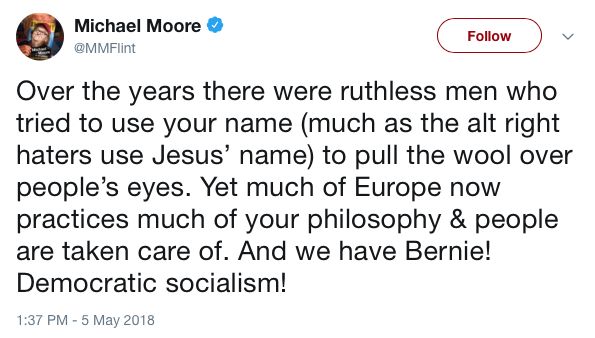 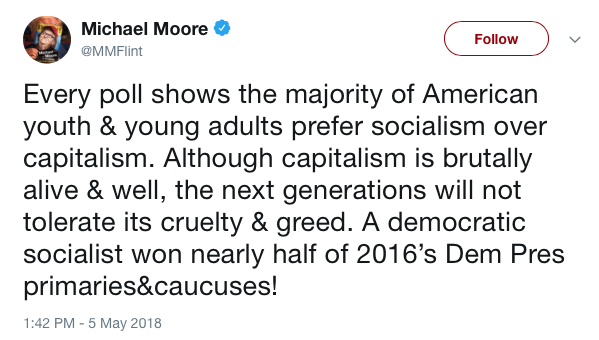 Who knows what drugs Moore might possibly be on, because the stupid is strong with this one.

I’d just like to thank Moore for basically admitting the Socialism — or “Democratic Socialism” — is just another form of Communism. Oh, and if “youth & young adults” prefer socialism so much more than capitalism, why did CNN write a 2016 article about a university report titled, “Millenials more conservative than you may think?”

I know! CNN! Who knew they could be objective? 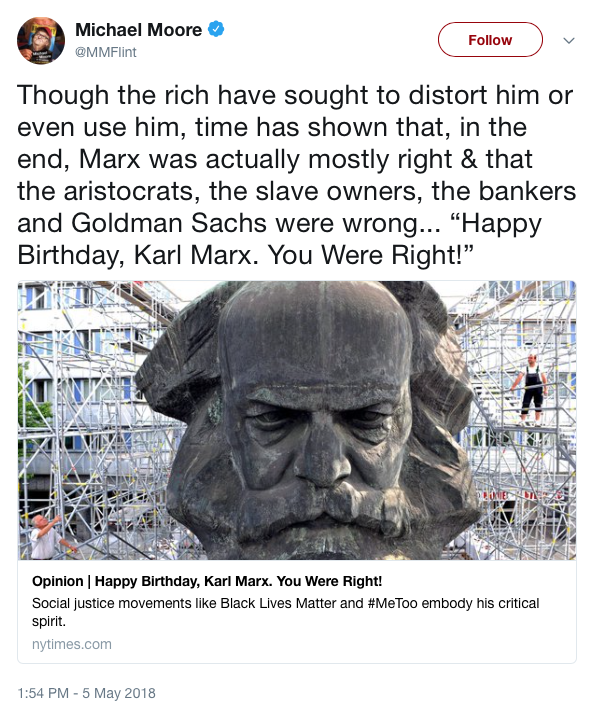 You gotta love how Moore constantly calls out capitalists, “aristocrats” and the elite, especially since Moore is worth tens of millions of dollars and has CAPITALIZED off of the system he supposedly hates.

The responses on Twitter to Moore’s tweets makes one think that he doesn’t have a ton of followers that actually like him:

Maybe it’s the fact that ever since him film “Fahrenheit 9/11” was exposed to have a ton of inaccuracies in it — resulting in continually dropping gross sales for his future films — that Moore is now fully embracing Communism, at least publicly.