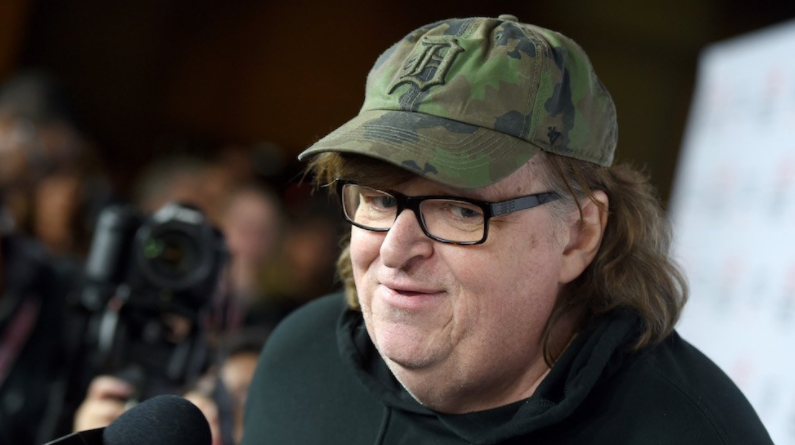 Moore posted on Facebook a list of “5 Things You Can Do Right Now About Donald J. Trump” on Tuesday, including disrupting – albeit, “non-violently” – President-elect Donald Trump’s inauguration ceremony on Jan. 20 and creating a “rapid response team” that will rally or protest Trump’s polices at the drop of a dime.

“MAKE PLANS NOW TO BE AT THE INAUGURATION WEEKEND PROTESTS!” wrote Moore. “We need millions in the streets in DC – and that's what it looks like it's shaping up to be.”

“On January 20th – Inauguration Day – a call has been gone out to non-violently disrupt the proceedings,” he goes on. “Go to http://www.disruptj20.org/ and learn about civil disobedience on that day.”

“Take the day off,” Moore added. “No one should be silent that day.”

In his Facebook post, Moore encouraged his followers to look up "DisruptJ20," an event organized by the "DC Welcoming Committee," self-described as “a collective of experienced local activists and out-of-work gravediggers acting with national support.”

The group seeks to “shut down the inauguration of Donald Trump” as well as “any related celebrations – Inaugural parade, the Inaugural balls, you name it.”

While they don’t specify how they plan to shut down the inauguration ceremony, the DC Welcoming Committee says on its website that it’s also planning “to paralyze the city itself” using blockades and marches.

They add that they will provide services “like housing, food, and even legal assistance” for anyone who seeks to join their efforts.

He released a documentary titled "TrumpLand" just weeks before the election, which praised Clinton as the only candidate for the job.