Mentally Ill People Chained in Indonesia in a ‘Living Hell’ 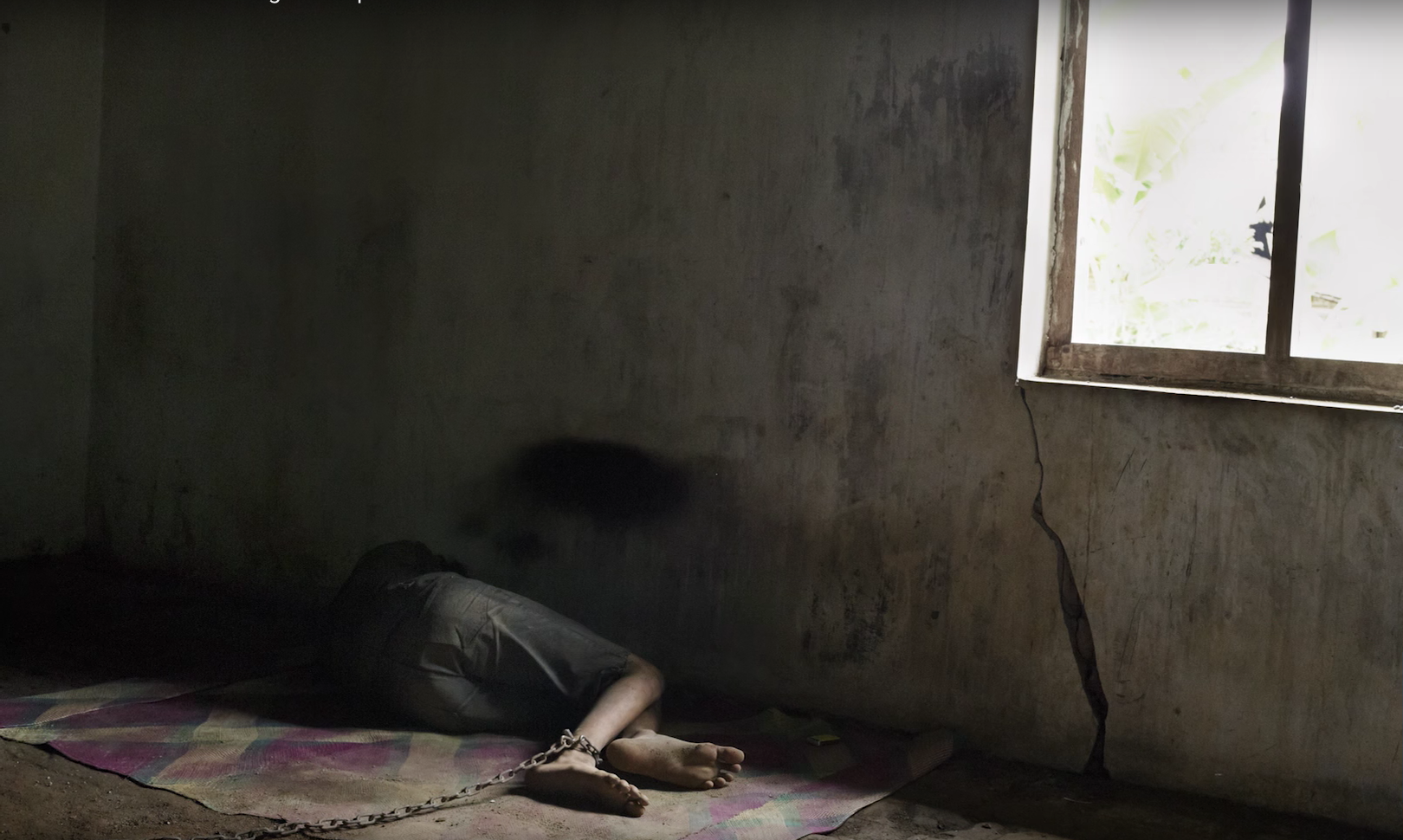 According to a report conducted by the Human Rights Watch (HRW), the practice of “pasung,” in which people with real or perceived mental health conditions are kept in chains or stockades, is still being practiced in Indonesia despite having been banned since 1977.

These mentally ill individuals are locked up in homes or institutions where they are forced to sleep, defecate, urinate, and eat in the same place without being given the opportunity to bathe. Many of them are affected by conditions like chronic depression or schizophrenia, and are chained by their families or placed into institutions run by faith healers.

The HRW reports that 57,000 people have suffered "pasung" at least once. The latest government data also suggests that 18,800 people are currently suffering these conditions in Indonesia, primarily due to a lack of understanding about mental illness by a majority of the Indonesian people.

The belief across the Southeast Asian nation is that mental health conditions are the result of possession by evil spirits or the devil because they've sinned, displayed immoral behavior, or lack faith.

Out of fear, or in many cases a lack of finances, families typically first consult faith or traditional healers and often only seek medical advice as a last resort.

Even if they should choose to seek help from a psychiatrist, there are only 600 to 800 trained psychiatrists in the entire nation. That’s basically one doctor per 300,000 to 400,000 people. Forget the fact that the country has only 48 mental health facilities, half of them split between just four provinces. The HRW reports those few facilities that exist are actually just as likely to contribute to the abuse of mentally ill people.

Engkos Kosasih, a 75-year-old man living in a rural area of Cianjur, told Human Rights Watch about his daughter, who is 50. He locked her up because he thought someone had cast a spell on her.

“She became destructive, dug up other people’s crops and ate raw corn from the plant. I was ashamed and scared she’d do it again,” he said. “First I tied her wrist and ankles together with cables, but she managed to untie herself so I decided to lock her up because the neighbors were scared.”

This man kept his daughter locked up in her room for fifteen years, where she was naked and left to eat, sleep, and defecate in a room that was never cleaned. She was also never allowed to bathe. The only contact with the outside world she had was when she was given meals twice a day through a hole in the wall -- and when local children showed up to throw rocks at her.

“The thought that someone has been living in their own excrement and urine for 15 years in a locked room, isolated and not given any care whatsoever, is just horrifying,” said Kriti Sharma, a disability rights researcher at Human Rights Watch and author of the report. “So many people told me, ‘This is like living in hell.' It really is.”

The government is taking steps to address the practice through initiatives such as the “Indonesia Free From Pasung” program, which aims to eradicate the widely practiced barbarism by 2019. But it says progress is being stymied by the decentralized nature of their governmental system and by inadequate resources and infrastructure.