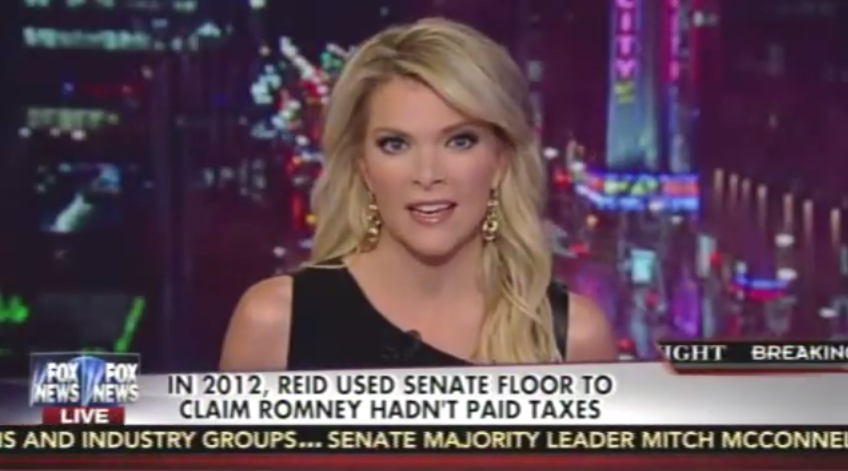 On last night's The Kelly File, Fox News’ Megyn Kelly ripped into Senate Minority Leader Harry Reid (D-Nev.), calling it “just disgusting” that the senator admitted—and then defended—having made a false claim about Mitt Romney not paying his taxes ahead of the 2012 presidential election.

Kelly called Reid’s “infamous tax claim” an “ugly breach of the public trust,” and his lack of regret for lying repeatedly to the American people “just disgusting.”

“The Senate now-Minority Leader is saying it doesn’t matter that he lied to the country repeatedly, and in the stakes was a presidential election. All that matters is that Romney lost? Think about that,” Kelly said.

“And the response from our other elected officials, which has been crickets, after one of our top elected leaders shares with us his complete lack of integrity, complete lack of honesty, never mind respect for the American people…”

“It’s just disgusting. He’s not even ashamed that he lied,” she fired.

In a one-on-one interview with CNN’s Dana Bash, when asked about whether he regrets accusing Romney of not paying his taxes without providing any evidence to back up his claim, Harry Reid responded without hesitation,

“Romney didn’t win, did he?” he added, making an ends-justifies-the-means argument.