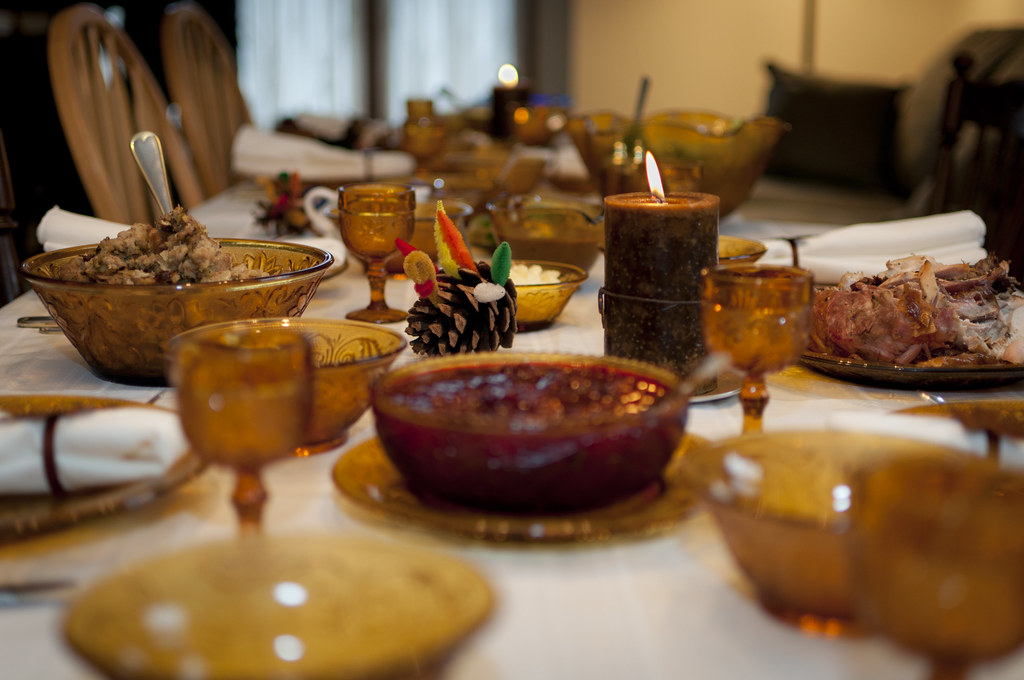 After nearly two weeks of coming to terms with the unexpected kick-in-the-face that was Donald Trump's defeat of Hillary Clinton, the media is now stepping in to help guide Special Snowflakes with unhealed post-election wounds through the horrible prospect of having to talk to their Trump-friendly relatives while passing the Thanksgiving Day stuffing.

A quick Google search brings up no less than a dozen articles from notable media outlets giving readers a how-to guide on avoiding and/or navigating the inevitable mid-gravy election discussion. While most of these 12-step-style plans don’t expressly say they’re designed for depressed Clinton-supporters, the vast majority are clearly written for those heading into the holiday season with slumped shoulders.

Elizabeth Bernstein with the Wall Street Journal, who admits she’ll “pack a bottle of bourbon or book a hotel” for her own family gathering this year, advises, “So, if you’re feeling fragile—too angry or defensive or sad—skip the family table, say psychologists. Celebrate with friends who are like-minded. Take care of yourself.”

If you do end up ringing the bell at your (assumedly Trumpkin) Grandma’s house, Bernstein suggests you lay aside your “expectations that there will be a reconciliation or meeting of the minds with people whose values are so different than yours” and focus on the fact that Gramps taught you to ride a bike before he voted for a racist mysoginist with bad hair.

If you’re brokenhearted over the election results but your crazy family isn’t, the Huffington Post’s Lindsay Holmes recommends you “take care of yourself in contentious situations and keep your stress levels in check for your health.” According to Holmes, this includes mentally preparing, making sure you have a politically like-minded friend on speed dial, and staying “in tune” with your own body, including “Pay[ing] attention for physical signs that you’re distressed, including an increased heartbeat, sweating, tearfulness or holding your breath.”

Over at the federally-funded NPR, WBUR radio’s Steve Almond made no bones about his feelings toward Donald Trump in his written response to a stressed-out Clinton supporter who can’t stand the thought of breaking bread with his backwards-thinking, pro-Trump family members.

“I’m still completely gutted by Clinton’s loss, and what Trump’s presidency is going to mean for our country,” wrote the unnamed snowflake, simply identified as “Blue in a blue state.”

“It’s all just been so icky, and uncivilized,” Blue complained.

While Blue said he/she’s planning on acting like an “adult” during the holiday season, “I don’t know that all of my family is capable of that.”

Almond nodded along in remorseful sympathy, acknowledging Trump’s racism/bigotry/divisiveness and lamenting, “This is what makes it hard for you to imagine sitting down to dinner with people who either embraced this rhetoric, or tolerated it in the hopes that a reality TV star might fix Washington.”

While it’d be nice to “find a way to avoid political discussions, or to insist that they be conducted with respect and a goal of understanding,” writes Almond, “based on what you’ve written above, it’s unlikely that certain of your family members will be able to embrace, or even abide, that spirit of discourse.”

“That attitude helped Trump get elected. On the other hand, we shouldn’t absorb their bullying,” he added.