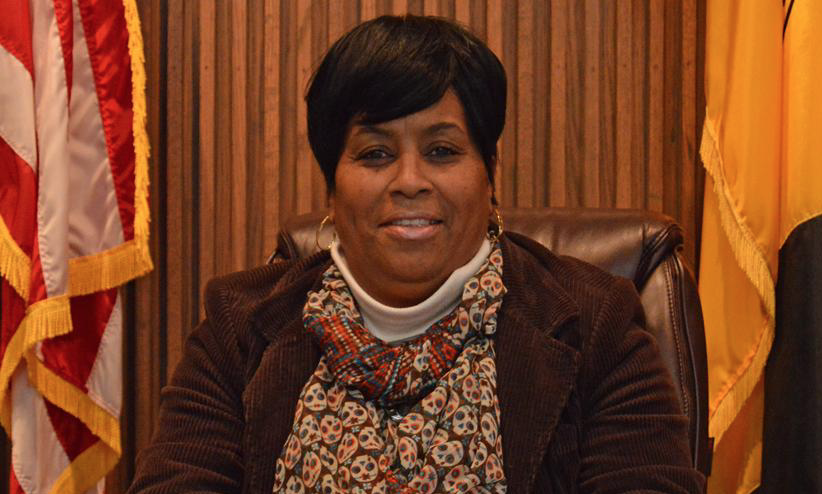 A Maryland councilwoman is apparently suffering from Foot-In-Mouth disease.

For those that don’t know, the referenced Holly Center “is a state-operated, 24-hour residential training facility for individuals with developmental disabilities.”

That’s right. Jackson not only called the President of the United States “retarded,” she then made it worse by comparing Trump to a facility where mentally disabled or challenged people try to make their lives better. 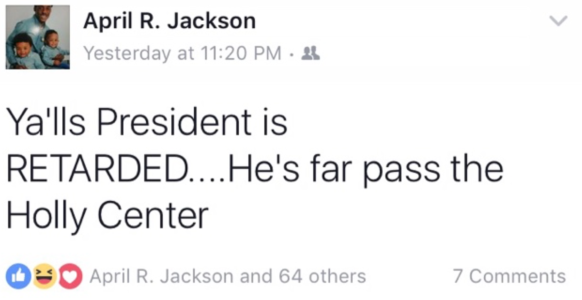 Anyone else notice that Jackson either "liked," "laughed" or "loved" her own post? Pathetic.

Not to be outdone, Jackson commented on the controversy surrounding her comments, and as far as I can tell, she apologized for nothing.

Maybe you were wrong?! Sorry, but Jackson is a bad person. People like Jackson always tell others that they need to be politically correct, but she sees no problem with what she said about not only the president, but mentally disabled people as well.

The spineless mayor of Salisbury, Jake Day, defended Jackson purely on the basis that he knows her.

Well, Mr. Mayor. You obviously don’t know everything about Jackson.

After Jackson got tired of the response she was getting for her post, she took the typical liberal tactic of blaming everyone but herself.

Well I’ve been told I can’t say what I want on Facebook…Are you kidding me? But Trump can insult people all day everyday … Wow!