McDonald's Set To Shrink for First Time Since 1970, Test All-Day Breakfast as Remedy

McDonald's is set to shrink the number of restaurants in the United States for the first time since 1970, the Associated Press reports.

The loss is said to be "minimal," said McDonald's spokeswoman Becca Hary. Currently, McDonald's has over 14,000 domestic restaurants. They do plan on opening approximately 300 new restaurants worldwide this year.

This comes at a time when the quick-service restaurant business is leveling out as smaller chains like Chick-Fil-A or Five Guys Burger and Fries gain more parity with large chains like McDonald's.

While McDonald's claims the second largest fast food chain based on number of restaurants -- only behind Subway -- smaller restaurants are on the rise.

Chick-Fil-A has started to dominate the quick-service industry; not with the cheapest food, but some of the best tasting food with exceptional service. 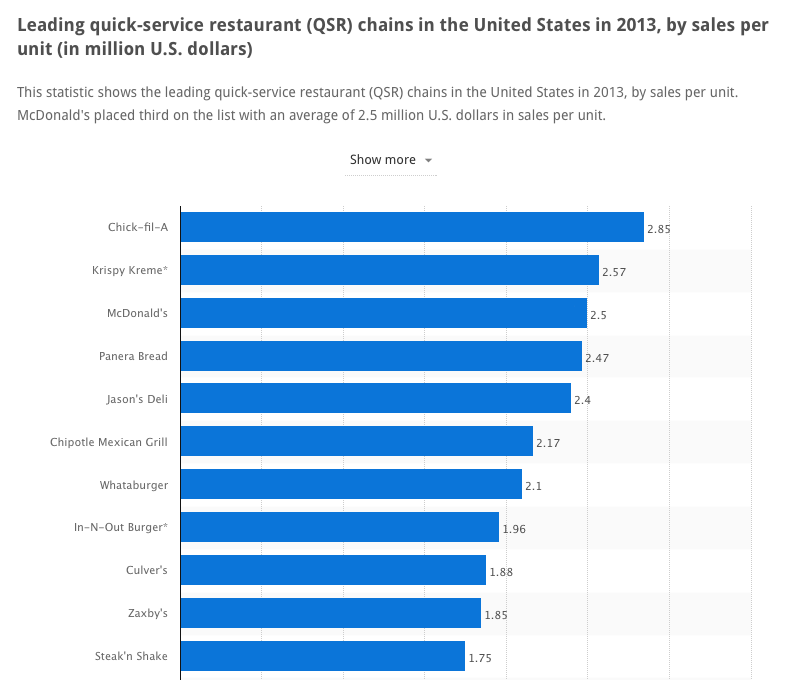 These two competitors are just the tip of the iceberg compared to the other regional burger and quick-serve chains that are looking to take McDonald's crown as the king of the industry.

John Gordon, a restaurant analyst with Pacific Management Consulting Group, says that McDonald's has a problem of "a natural overconfidence." The overconfidence breeds laziness in an industry where companies have to be one step ahead of the competition.

That time may soon be here.

In an attempt to try and catch up with some of these companies, McDonald's has been testing all-day breakfast menus in places like San Diego, and soon in Mississippi and Nashville, TN.

While McDonald's may be shrinking their number of restaurants in the United States, the nail has not been hammered into the coffin quite yet. In fact, McDonald's may jump back into the fight; ready to win back their crown as the king of quick-serve.