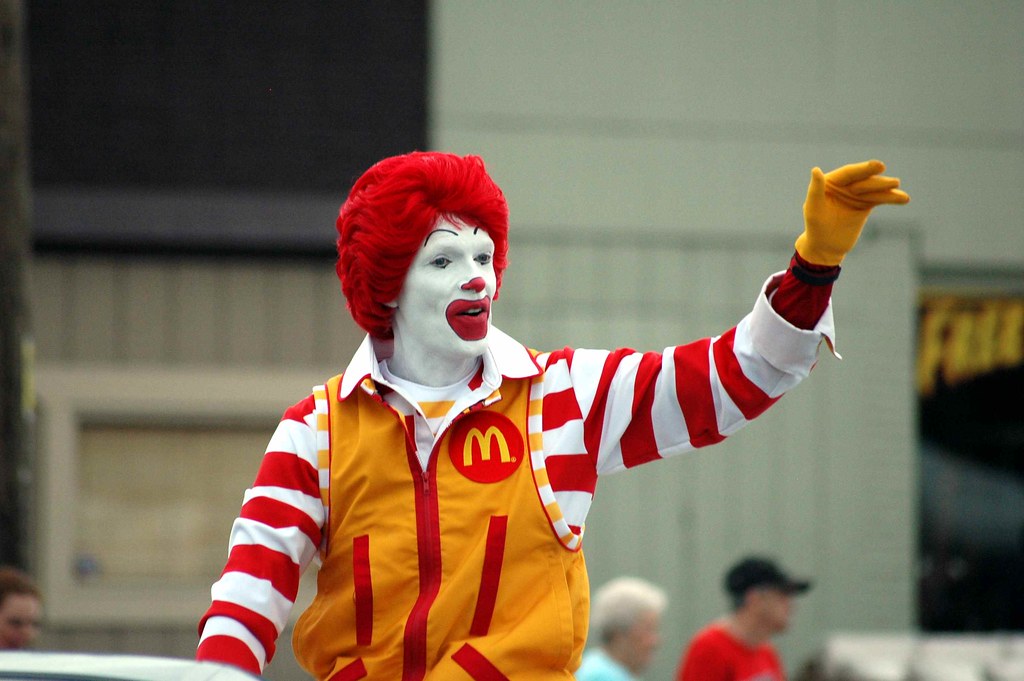 Bad apples really do ruin it for the bunch.

Fast food restaurant chain McDonald’s is having to limit the number of appearances of its most famous mascot Ronald McDonald because of the recent clown scare involving wandering and sometimes violent clowns in cities and neighborhoods across the country.

McDonald’s Corp. said Tuesday that it is being “thoughtful in respect to Ronald McDonald’s participation in community events” as a result of the “current climate around clown sightings in communities.”

Whatever the case may be, good old Ronald McDonald might need security to sell more Big Macs. There's no word on how this might affect the classic clown’s appearances at Ronald McDonald House charities around the nation.