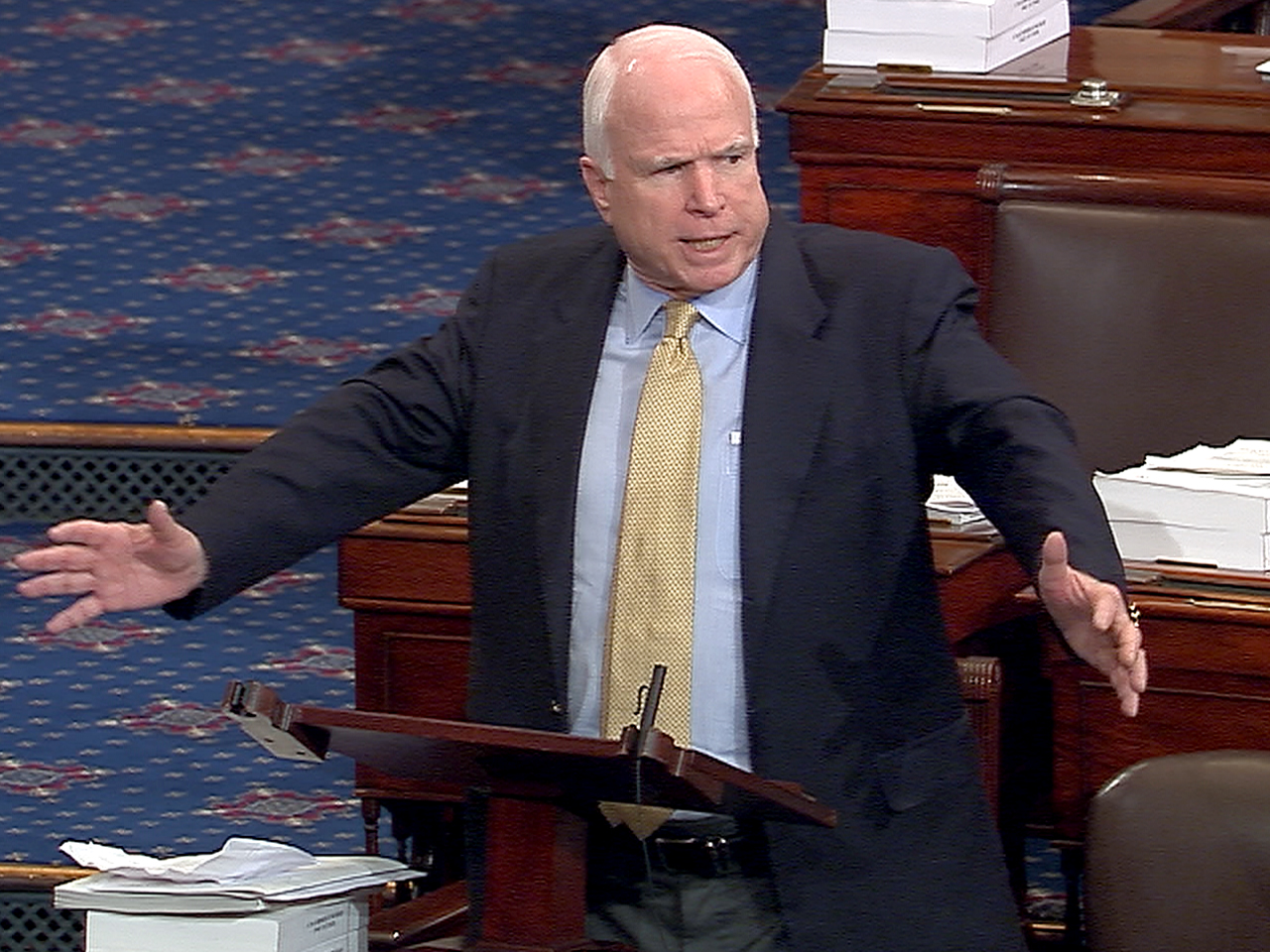 Calling it divisive and "inflammatory," Senator John McCain (R-AZ) took to the Senate floor to angrily rebut Senator Dick Durbin's (D-Ill) suggestion that the GOP was delaying the confirmation vote for AG nominee Loretta Lynch because of race.

McCain was responding to a Durban comment made a day earlier:

Loretta Lynch, the first African-American woman nominated to be attorney general, is asked to sit in the back of the bus when it comes to the Senate calendar. That is unfair. It’s unjust.

Actually, the delay was caused by the Democrats' filibuster of a bill to help victims of human trafficking passed on a bi-partisan basis out of committee. The reason for the filibuster is that the bill includes provisions of the long-standing Hyde Amendment, which prevents federal money from being used to fund abortions.

McCain wasn't about to take Durbin's accusation of racism sitting down. Thursday, he spoke on the Senate floor and (after detailing his long friendship with the Illinois senator) condemned Durbin's accusation and pointed out some of the times Durbin voted against African-American Republican nominees.

"What is beneath the decorum and dignity of the United States Senate I would say to the Senator from Illinois is for him to come to the floor and use that imagery and suggest that racist tactics are being employed to delay Ms. Lynch's confirmation vote. Such inflammatory rhetoric has no place in this body and serves no purpose other than to further divide us.

After detailing an example of a time he helped to push through minority appointments to the U.S. District Court in Arizona, McCain once again directed his arrows toward Durbin:

"I further point out to the Senator from Illinois that at no time, has the Majority Leader ever indicated that he would not bring the Lynch nomination to the floor. In fact the opposite is true.

We made it very clear time and again that we will consider the Lynch nomination once we have disposed of the bipartisan trafficking bill. Had the Senator from Illinois and my colleagues on the other side of the aisle not filibustered this bill over a manufactured crisis we could have considered the Lynch nomination this week. They chose otherwise.

I deeply regret that the Senator from Illinois chose to come here yesterday and question the integrity and motivation, mine and my Republican colleagues. It was offensive and unnecessary, and I think he owes this body, Ms. Lynch and all Americans an apology. "

If McCain wanted more ammo, he could have mentioned that when the Senate voted to approve Condoleezza Rice as the first female African-American Secretary of State, Senator Durbin was one of only thirteen Senators who voted no.