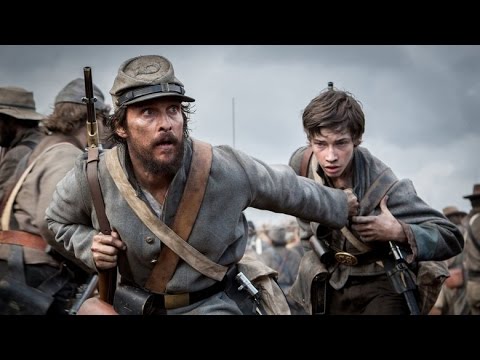 Academy Award winner Matthew McConaughey, whose latest movie "Free State of Jones" opened in theaters Friday, made some provocative statements in an interview with the Daily Beast Thursday, including a claim that "mankind has bastardized religion."

The 46-year old actor discussed his upcoming role in "Free State of Jones" as Newton Knight, a Confederate deserter who led a revolt in Mississippi during the Civil War. McConaughey specifically talked about Knight's belief both in God and his rights as an American:

"Knight had a moral code rooted in the Bible and the Declaration of Independence: love thy neighbor as thyself, and all men are created equal," he told the Daily Beast reporter. "So he had a very radical relationship with his own independence, and interdependence -- which is very American. Extremely American."

McConaughey went on to talk about how religious worship and practice has changed since the time of Knight:

"It is my personal belief that mankind has bastardized religion," he said bluntly. "Religion actually means, if you look up the Latin root, 're' which means again, and 'ligare,' which means to bind together. It means exactly the opposite of what and how are often practicing it these days. All of this, the abolition of slavery in the Civil War at this time, they were almost all led by religious movements -- Christian movements -- that were trumping the ideals that everyone else had. They went further into it and said, 'No this is not right -- because of the Bible.'"

McConaughey, who reportedly attends a non-denominational church in Texas, does not shy away from asserting his religious beliefs, famously thanking God in his acceptance speech for winning Best Actor at the 2014 Oscars.

Despite his pessimistic remarks on the current condition of religion, McConaughey expressed hope for America's future:

"America turns the page and evolves quicker than most places historically. In that way I'm inspired, and it makes me happy to be, and honored, to be an American," he said. "I'm not saying everything is just as they should be. But our ambition and diligence to march forward for change, to test it out, to not give in to every new idea [...] Where do we hang onto tradition, and where do we progress with new ideas, and ones that will hopefully stand the test of time? That excites me about our country."

If only all of Hollywood could speak with McConaughey's honesty and conviction on the world outside their celebrity bubble.