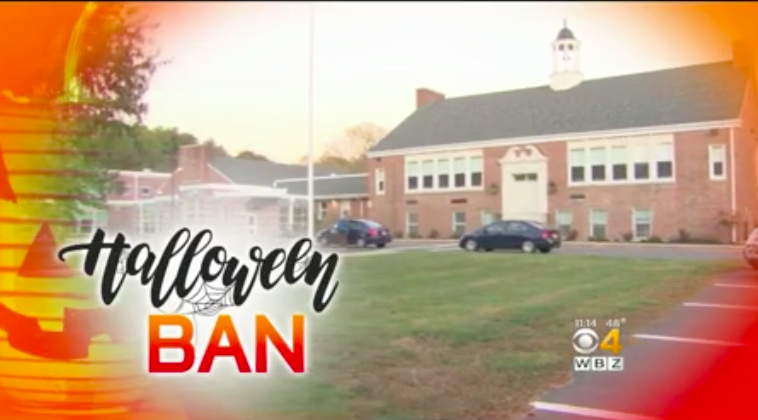 With costumes set and Halloween less than two weeks away, an elementary school in Walpole, Mass., has cancelled the holiday.

Boyden Elementary School will be replacing its annual Halloween costume parade with a “black and orange” spirit day in an effort to ensure that the holiday is "inclusive of all the students," the school principal wrote in a letter.

"The costume parade is out of our ordinary routine and can be difficult for many students,” the letter reads. “Also, the parade is not inclusive of all the students and it is our goal each and every day to ensure all students’ individual differences are respected."

The decision has been met with pushback from parents who blame political correctness.

"I think it's a lot of political correctness," a Walpole woman told CBS Boston. "I think it's a shame because Halloween is the funnest day of the year – next to Christmas – for children."

"Put a costume on. Parade down the street. Let them have their little time," a Walpole man said. "Why do you have to turn it into something political?"

"We have grandkids going to Boyden School. Wonderful school," a grandmother of one student said. "The Halloween party should happen on Friday 'cause all the kids are excited."

On Friday, Boyden Elementary School will have a Halloween party after school hours, but the day of Halloween will be “Black and Orange” spirit day.

For more, check out the CBS Boston report below.