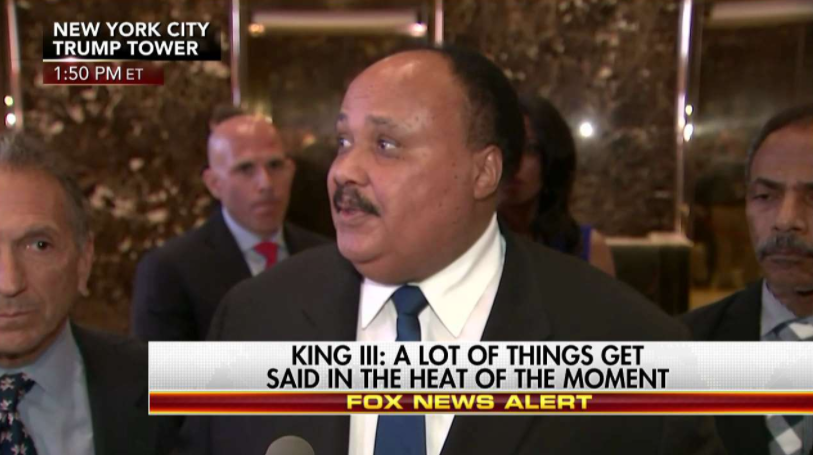 Dr. King’s oldest son called his meeting with Trump “very constructive,” where they discussed his father’s legacy and how to address issues facing the country today.

When asked to comment on the recent back-and-forth between Trump and civil rights icon Rep. John Lewis (D-Ga.), King told reporters, “In the heat of emotion, a lot of things get said on both sides.”

“The goal is to bring America together,” he said. “We are a great nation but we must become a greater nation.”

King went on to say that “at some point we have to move forward” and work together to solve problems such as poverty in America.

Martin Luther King III: "We are a great nation, but we must become a greater nation." pic.twitter.com/z1uU7kpFUV

Rep. Lewis along with at least 24 other Democrats are refusing to attend Trump’s inauguration ceremony on Friday.

He said in an interview over the weekend that he believes Russia's alleged meddling in the U.S. election helped Trump win, making him not "a legitimate president.”

heat of the moment

all talk no action