Marine on Trump’s Remarks About PTSD: ‘Don’t Take the Media’s Word for It’ 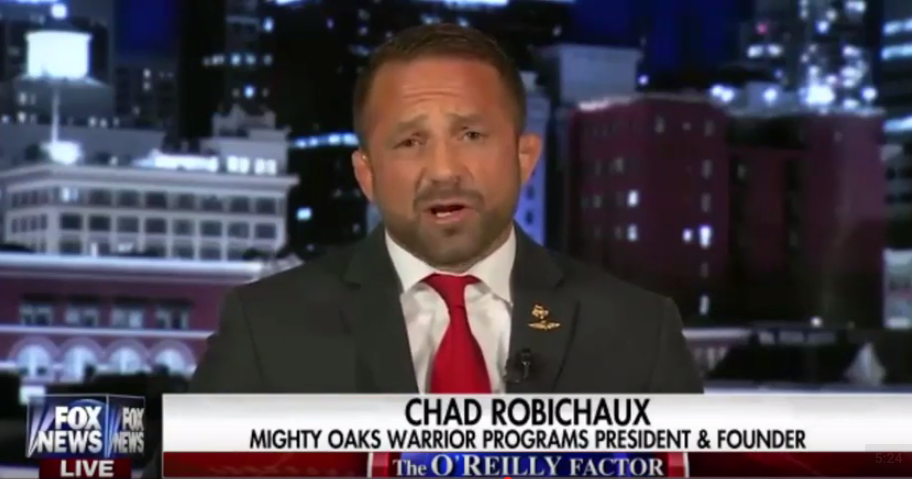 Donald Trump faced a firestorm of criticism over his remarks at a veterans’ event on Monday.

Former Marine staff sergeant Chad Robichaux said that he didn't think Trump’s response to his question about PTSD and other health issues facing veterans was demeaning despite criticism from the media suggesting otherwise.

“It’s been really surprising to see all the aftermath of it,” he said. “I was satisfied with the answer."

When asked point-blank whether he was offended by Trump’s remarks, Robichaux said, “No.”

“I’ve been telling people to simply – don’t take my word for it, don’t take the media’s word for it for sure. Go listen for yourself,” he said.

At a Retired American Warriors PAC event on Monday, Trump was asked by Robichaux whether he would support and fund programs to address mental and behavioral health issues facing veterans such as veteran suicide, PTSD, and traumatic brain injury.

Trump replied that the U.S. “needs that so badly.”

The liberal media was quick to jump on Trump’s remarks with headlines that made it seem as though the Republican presidential candidate said veterans who have committed suicide or have PTSD “are weak” and “can’t handle” war.

Do you think that’s what he meant? Let us know what you think in the comments sections below!