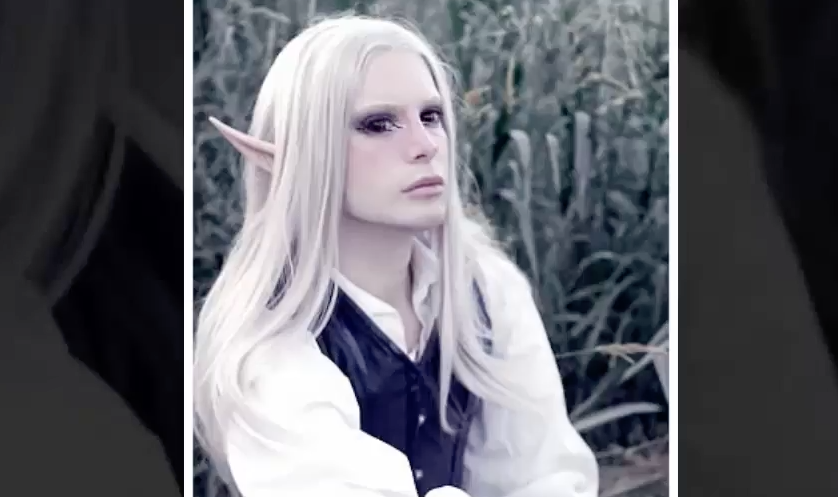 There really is no such thing as crazy anymore, apparently.

A 25-year-old Argentinian man from Buenos Aires has reportedly spent over $32,000 in an attempt to transform himself into — wait for it — an elf.

Luis Padron began an obsession with the fantasy world after he had been bullied in school as a child.

He became determined to look like his favourite otherworldly characters and started bleaching his hair and skin[…]He has almost spent more than £25,000 on surgery including liposuction on his jaw, a nose job, full body hair removal and operations to change his eye colour.

While Padron is perfectly within his rights to try and look like Legolas from “Lord of the Rings,” actions like this put into question the politically correct world we live where, for the most part, no one says anything when someone goes off the deep end and does something like transform their entire being.

I want to have my ears cut to become pointy like an elves, my jaw to look more sharp like a diamond, a face-lift and an eye-lift to give my eyes a cat-like shape.

I am also consider having muscle implants too.

There's also a surgery to make you taller and I will remove four of my ribs too, so that I can shape my waist to make it thinner.

Seriously, if Padron is doing all of this to get away from the real world because he was bullied as a child, then mutilating your body to such a severe degree as to escape reality screams for not only attention, but for the looney bin as well.

It’s not like plastic surgery is a new phenomenon. People have been doing it for decades. But, this is something else.

"I consider myself trans-species, in the same way transgender people feel, I need to become how I feel inside," said Padron. "I don't expect people to understand but I ask they respect it."

Sorry, but legitimately thinking you're "trans-species" is part of a much larger mental health issue that Padron has clearly not dealt with.