The Miss Greater Derry pageant in New Hampshire just selected its winner to compete for the Miss New Hampshire contest. The winner is none other than a biological male. 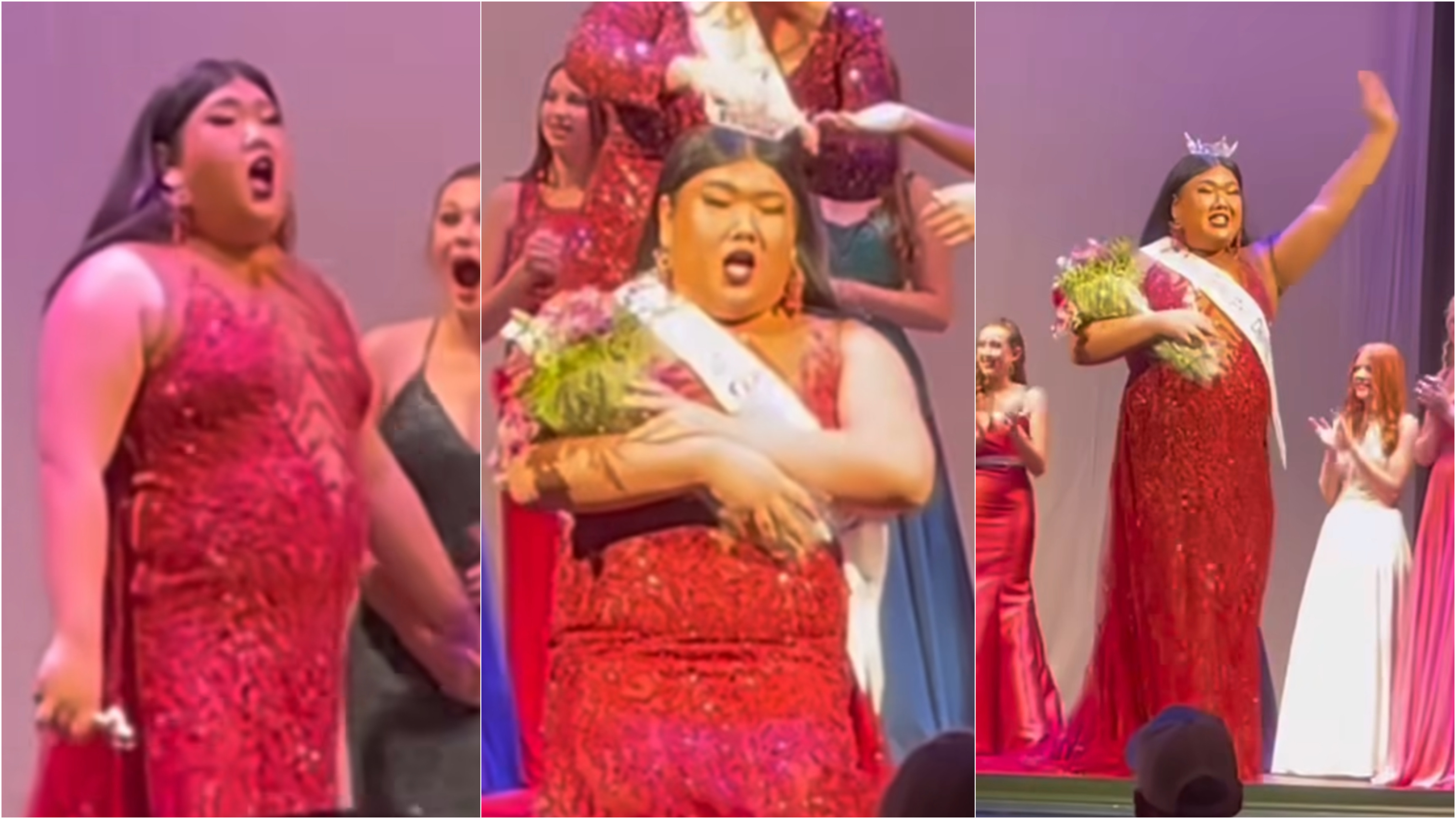 Brían Nguyen was and still is a biological male yet won the contest for MISS Greater Derry Scholarship along with a crown and title. He goes by “she/her/hers” according to his Instagram profile.

It makes me laugh that he entered the contest as a female yet still went by the name Brían. Maybe the accent was left to keep the name more feminine?

The Miss Greater Derry Scholarship program was founded in 1986 and this year is its first year of selecting a man to win it’s scholarship award.

To provide scholarships to young women between the ages of 17 and 24 living in the Greater Derry area recognizing their outstanding achievements in scholastic aptitude, talent, character, community service and poise within the guidelines of the Miss NH and Miss America Organizations.

Mr. Nguyen supposedly won the Miss Greater Derry pageant which, as noted by The Post Millennial, is a preliminary event to Miss New Hampshire and Miss America.

Hopefully he doesn't steal the award from an actual female in the next competitions.

The thing is, Nguyen doesn’t even look like a pretty girl. Compared to all the actual females, putting aside the fact that he has a penis, he shouldn’t have even been ranked top 10 compared to the other contestants who had actual beauty and talent to offer.

Nonetheless, Nguyen was THRILLED by his win.

“No words can describe the feeling of having the opportunity to serve my community and represent my community for the very first time at Miss New Hampshire. I am so honored to be crowned your new Miss Greater Derry 2023, and I am thrilled to show you all what I have up my sleeves. This will be an amazing year,” he shared in an Instagram post.

Representing the male community taking an award away from a deserving female? What an honor apparently.

So glad you circled it, otherwise I would’ve never been able to pick this Queen out!

Worked his balls off to get there too!

Funny thing is, I bet that if the judges didn’t let him win, they’d be called bigots and transphobic because guys competing in girls pageants is what’s normal these days.

This isn’t something to be praised. A male took a scholarship opportunity away from a female, he took her crown, he took an honor that he had no business even trying for. More women erased.

CNN argues mail-in voting should be easier because writing the correct date is too hard. pic.twitter.com/uu57KQsOVB