Man Arrested for Breaking Into House to Remove Confederate Flag 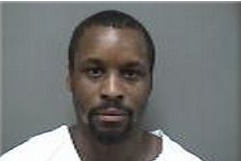 A Wisconsin man is in custody after allegedly breaking into a home in an attempt to remove a Confederate flag that was hanging in one of the house's windows.

A woman in Racine alleges that 37-year-old, Tajuan Boatner knocked her down in an effort to enter her home and tear down the flag that was hanging in her bathroom window.

When police arrived, Boatner allegedly became argumentative and struggled against officers as they attempted to handcuff him and put him into the police vehicle.