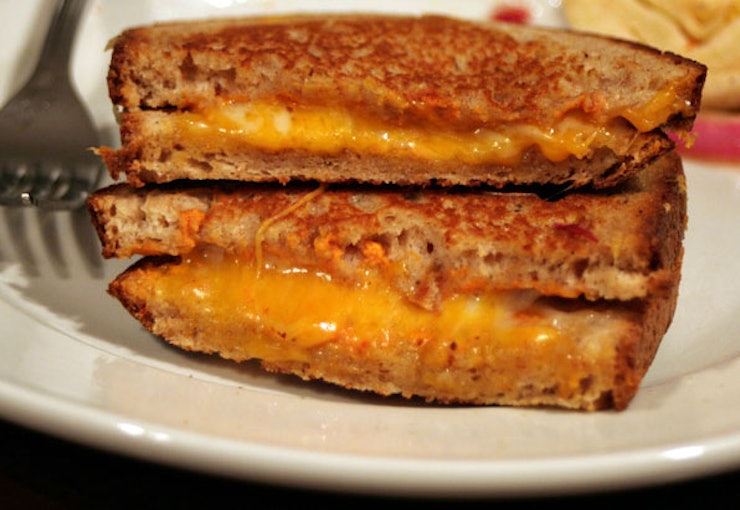 That must have been one heck of a sandwich!

Daniel Brian Blackwell, a 55-year-old Maryland man, fired his gun through his basement floor when he reportedly became angry after his wife took a bite of his grilled cheese sandwich.

Blackwell’s wife, who was not named, went back upstairs from the basement after taking the now infamous bite of her husband’s grilled cheese and began preparing dinner.

According to CBS 6 in Richmond, Va.:

Detectives say the 55-year-old fired his gun at her through the basement floor while she was making dinner. When his wife went to check on him she found Blackwell surrounded by guns and ammunition.

“Soon after, the wife heard three more gunshots, the projectiles of which came through the kitchen floor near where she was standing,” Baltimore County Police said in a press release.

Blackwell’s wife then called the cops and left her home with her two children.

Blackwell engaged police in a three-hour long stand-off after barricading himself inside the house.

The kicker is that Blackwell is not even allowed to own a firearm, because he has a previous assault conviction.

While no one was harmed during the event, Blackwell is being charged with “attempted first degree murder, assault, reckless endangerment and multiple other charges.”

Thank God Blackwell didn’t have tomato soup along with his grilled cheese, or who knows what would have happened.

For the report on this story, watch below: