Just in time for Halloween, an Economist/YouGov poll has revealed that while a majority of Americans claim to support freedom of speech on college campuses, a majority also supports colleges restricting students from wearing allegedly offensive costumes.

The poll shows that while a majority of those polled believe colleges should protect freedom of expression (47 percent said they “strongly agree” and 29 percent responded they “agree somewhat”), when it comes to costumes, a majority support colleges restricting students’ choices if they’re deemed offensive or stereotypical.

At the same time, however, the poll reveals a majority 52 percent (or 51 percent, according to the tab report) believe schools should not be able to restrict people from expressing political views that can be considered offensive to “certain groups.” 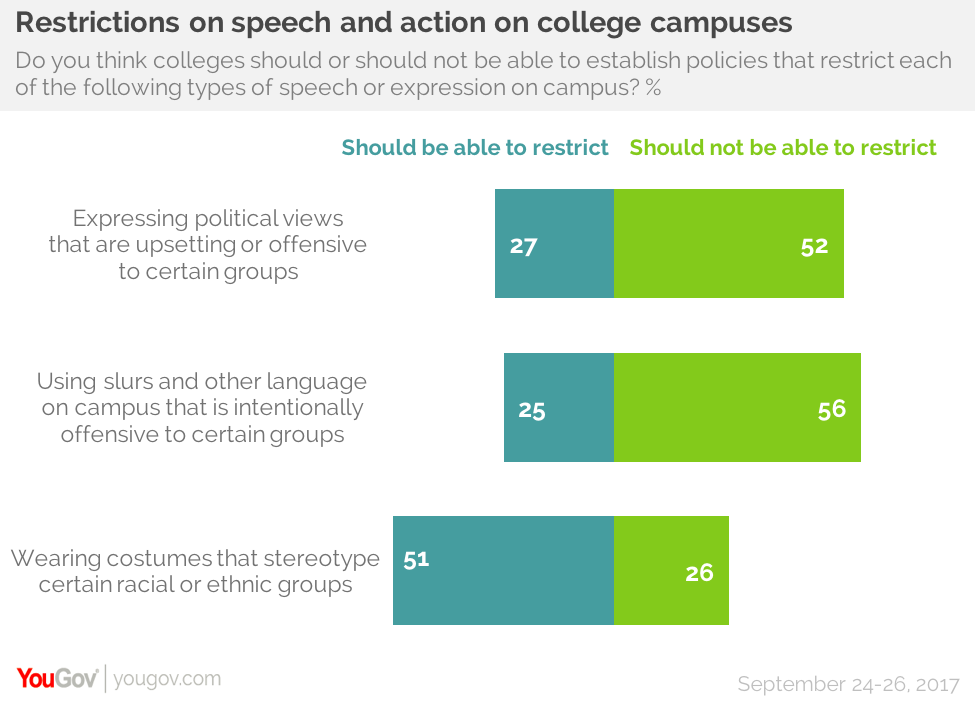 Colleges have been attempting to curtail offensive costumes by issuing guidance against any costumes that can be considered offensive. In 2015, one school in Canada even banned a Colombian student from wearing a mariachi costume. A lecturer at Yale University resigned after protests arose from him defending an email that said students are able to decide for themselves what costumes are appropriate.