Lunch Food Waste Jumps in 81% of Schools, Even Though 62% of Meals Are Free 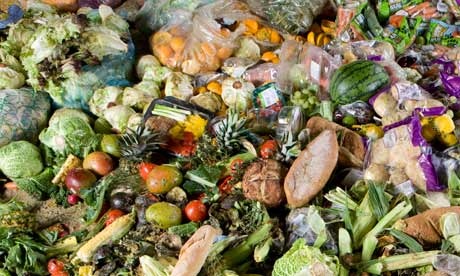 Michelle Obama may be well-intentioned in her efforts to dictate what school kids eat. But, like other grand schemes controlled by the government, there are unintended consequences.

A study by the School Nutrition Association shows food waste increasing in 81% of school districts at a time when 62% of students receive a free lunch.

According to the School Nutrition Association,

"81.2% [of districts] indicate experiencing an increase in the amount of food being thrown away by students for lunch since the implementation of the new meal pattern requirements."

More than half (53.4%) of school nutrition professionals blame vegetables for causing the increase in waste - more than double those who blame second-place fruits (23.8%).

It appears that many of the students who receive a free lunch, somehow, afford to get food elsewhere, or are starving to death. Are these new meals so bad that even impoverished students won't eat them? Things have gotten so bad that students are even resorting to boycotts and "hashtag activism" to protest. 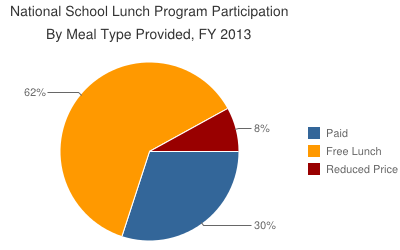 What's more, Yahoo News reports that the percentage of public school students classified as low-income will continue to grow:

For the first time in American history, more than half of all schoolchildren qualify for free or reduced cafeteria lunches. The Southern Education Foundation study shows that 51 percent of public school students were classified as low income in 2013, and the trend shows no sign of slowing in the near future."

There are many ways to qualify for free and reduced lunches. If your family's income is below 130 percent of the annual poverty guideline set by The DHS or if the student's has whose parents who  already qualify for food stamp benefits. Temporary Cash Assistance for Needy Families also qualify automatically. (Federal Education Budget Project)

Casey Mulligan from the New York Times shows us that food stamp benefits are now closely linked to unemployment benefits, which have changed dramatically in the last decade. Food stamp programs also no longer have an effective asset value test. Food stamp participation went up at the same time eligibility requirements were loosened.