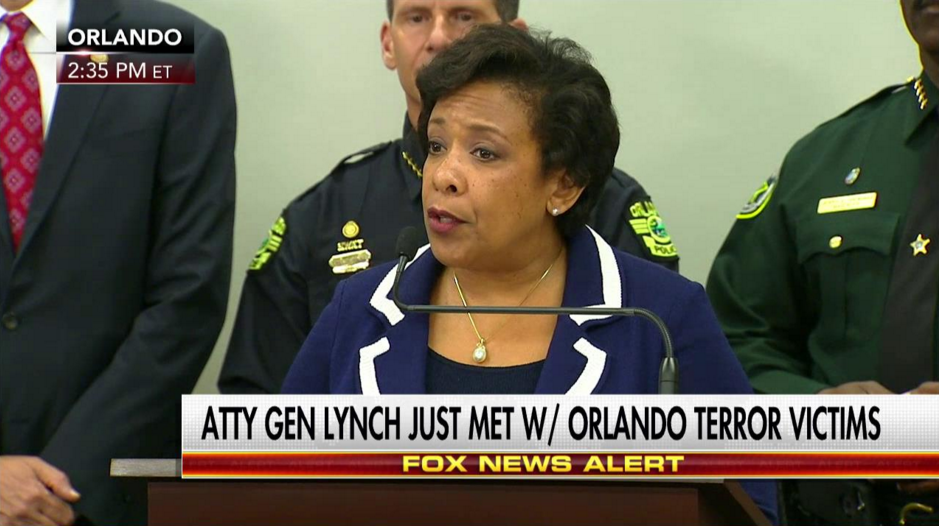 Attorney General Loretta Lynch held a press conference following a visit to Orlando on Tuesday in the wake of the terror attack on a gay nightclub last weekend that left 49 people killed and 53 injured.

During her remarks, she failed to address why the FBI and Justice Department, in its ongoing investigation, released a redacted transcript of the attacker’s 911 call on Monday, removing any reference to ISIS or the Islamic State.

The move to redact portions of the transcript received a wave of criticism from Republican leaders, including House Speaker Paul Ryan who called the decision “preposterous.”

The FBI and Justice Department released a joint statement on Wednesday re-issuing the complete transcript “in order to provide the highest level of transparency possible under the circumstances.”

“The purpose of releasing the partial transcript of the shooter's interaction with 911 operators was to provide transparency, while remaining sensitive to the interests of the surviving victims, their families, and the integrity of the ongoing investigation,” they explain. “We also did not want to provide the killer or terrorist organizations with a publicity platform for hateful propaganda.”

“Unfortunately, the unreleased portions of the transcript that named the terrorist organizations and leaders have caused an unnecessary distraction from the hard work that the FBI and our law enforcement partners have been doing to investigate this heinous crime,” the statement reads. “As much of this information had been previously reported, we have re-issued the complete transcript to include these references in order to provide the highest level of transparency possible under the circumstances.”