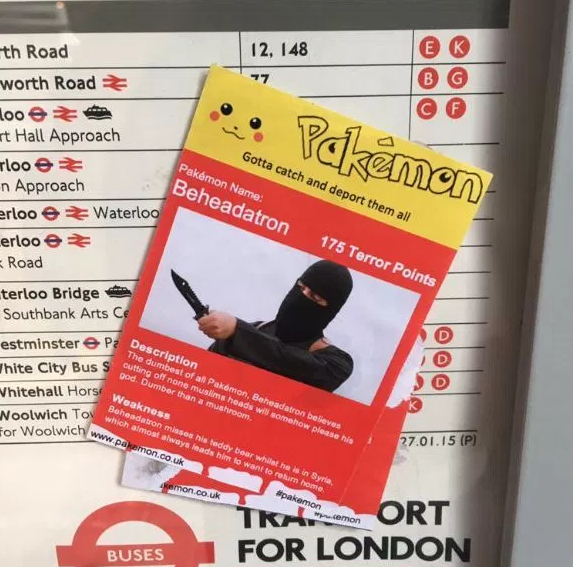 A man in London has been arrested on hate crime charges after he plastered the London Underground with faux Pokemon cards that criticize Islamic terrorism and politicians who allegedly allow terrorism to thrive.

According to the Evening Standard, a 46-year-old man has been arrested for “inciting racial hatred” on Thursday after he produced the mock Pokemon cards and placed them across the public transportation system in London.

The Daily Mail reports the fake Pokemon cards feature terrorists such as ISIS supporters Jihadi John and Anjem Choudary. One of the stickers is also dedicated to the Muslim mayor of London, Sadiq Khan, for allegedly telling Londoners they should “learn to accept Islamic terrorism whilst he is mayor.”

President Obama is also called out for his alleged support for Islam across the globe. On the card dedicated to Obama, he is named “Obamabinlyin,” and is described as the “USA's Muslim in Chief who has protected Islamic causes over those of the rest of the world.”

The stickers parody the famous Pokemon catchphrase -- “gotta catch ‘em all” -- and change it to “gotta catch and deport them all.” Hit points are replaced with “terror points.”

Even though the man behind the stickers was arrested for “inciting racial hatred,” one of the cards features the “Ginger Jihadi,” Jordan Horner. Horner is responsible for a creating a “Muslim patrol” to enforce Sharia law in England: 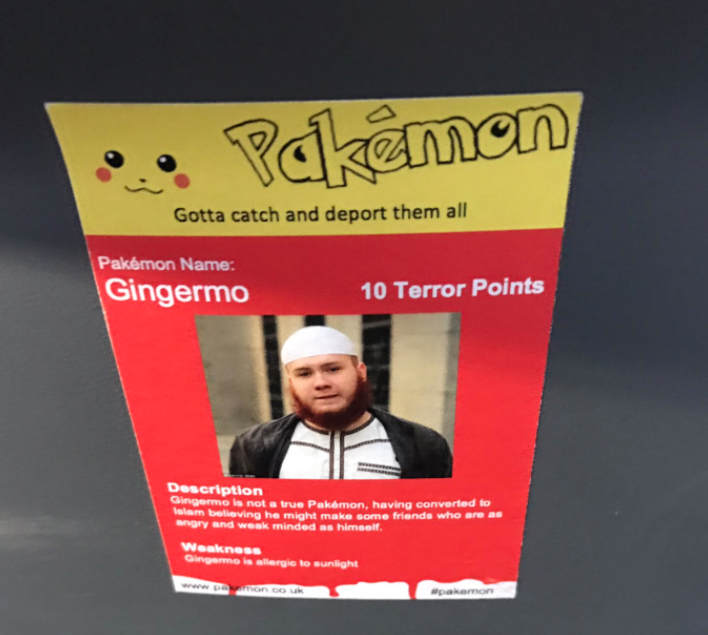 "Everyone has the right to travel on the rail network without fear or intimidation. Racially or religiously motivated crime will simply not be tolerated,” the spokesperson continued.

The Deputy Mayor for Policing and Crime, Sophie Linden, also called the incident a “hate crime,” saying, “Hate crime, in all its shapes and forms, will not be tolerated in London and there is absolutely no place for these abhorrent stickers anywhere in our city.”