Some people are sick. Not sick in terms of their health, but sick in terms of playing politics no matter the situation. Politicians have no shame, and failed Democratic presidential candidate Sen. Elizabeth Warren (D-Mass.) is no exception.

After Warren took two sentences to give her “thoughts” to the Trump’s, she decided to speak out about how COVID is a racist disease how she cares for people that have been affected by the virus, followed by her belief that everything that’s happened in the U.S. concerning the virus is Trump’s fault.

“The President spent months undermining the work of our doctors and scientists, while he failed to help states and communities contain the outbreak,” Warren said in the statement. “He mocked people for wearing masks and held super-spreader events that disregarded the health of thousands. Even as this pandemic rages on, he and Mitch McConnell grind forward on their plan to steal a Supreme Court seat that will rip health care away from millions of people.”

I understand that Warren has a lifelong enemy in the truth, but when both the Senate and the President are controlled by one political party they can appoint who they like to the Supreme Court. Her party wouldn’t hesitate to do the same if they had the chance.

Anyone else notice how Warren did use Trump’s name once, except to promote her statement in the caption of her tweet? 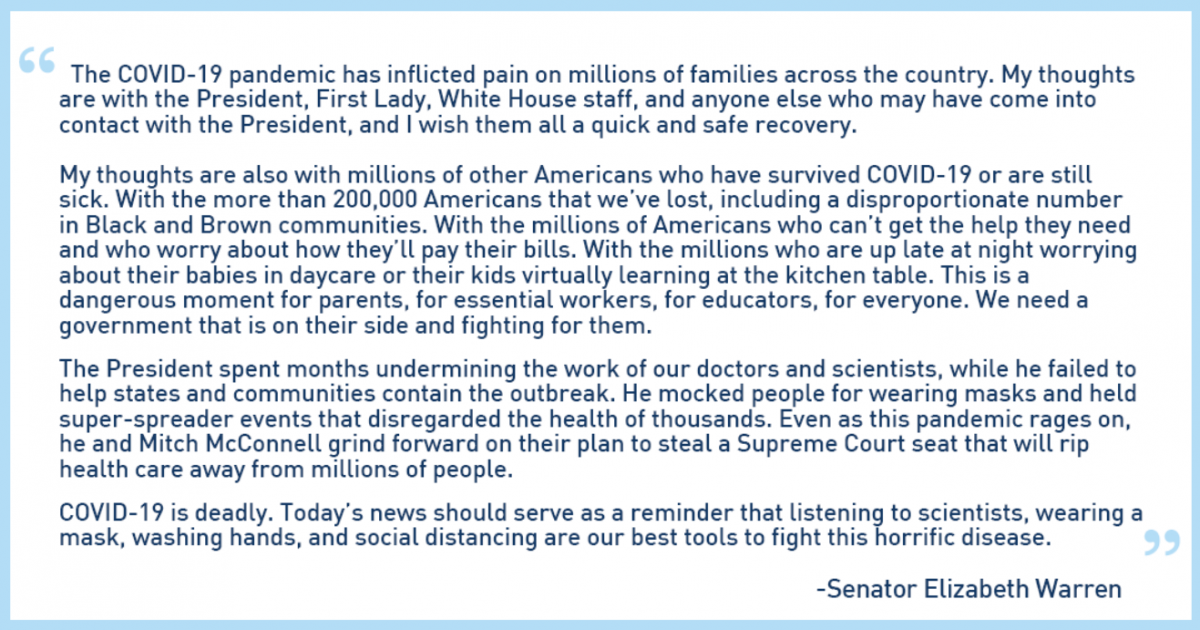