Is This Liberating? Sports Illustrated Swimsuit Issue to Feature Model in Hijab & Burkini

I just don’t understand this next one. Maybe I’m the typically represented as evil “red-blooded, American male.” But, what the hell is Sports Illustrated doing? When I think of their annual Swimsuit Edition, I think eye-candy. If you think that’s sexist, then you can have a men’s swimsuit issue, a LGBT swimsuit issue — whatever issue your offended heart desires. I don’t care. We’re talking about the women’s swimsuit issue, and I’m a straight male. Sue me.

Sports Illustrated decided that a fully-clothed women, who’s fully clothed because some of the men in her religion don’t believe she should be an equal person, should grace the pages of the swimsuit issue.

Halima Aden makes history as the first model to wear a hijab and burkini for Sports Illustrated Swimsuit: https://t.co/8WFD4hHmiH. pic.twitter.com/OsBthnjoLY

Now, I have no problem with a Muslim woman in the swimsuit issue. My problem is that Sports Illustrated thinks that model Halima Aden’s shoot is empowering to women around the globe. Aden's smile is absolutely beautiful, but how is having a woman — reenforcing the idea that either she has to cover up or be punished — a positive for women anywhere?

What would be really empowering is having a Muslim woman being in the swimsuit issue wearing an actual swimsuit instead of a full outfit. That would show that the portion of Muslims that require this type of thing could be just as tolerant as everyone else.

Don’t get me wrong, this isn’t the best way to display Islam’s tolerance for their own women. It’s just the example presenting itself in this particular case.

However, check out all these people on Twitter who think along the same lines: 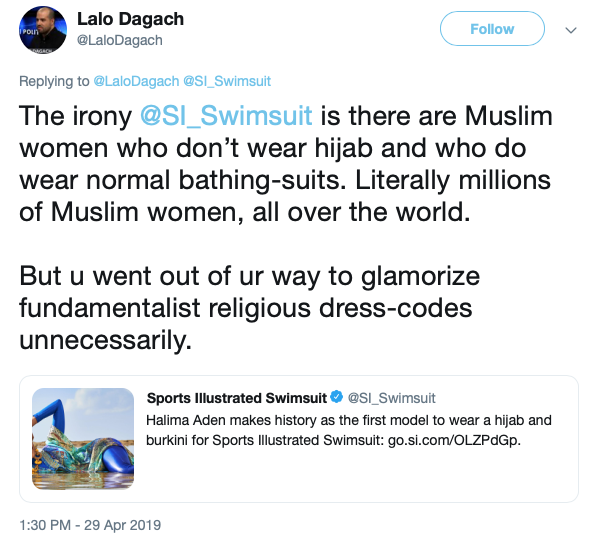 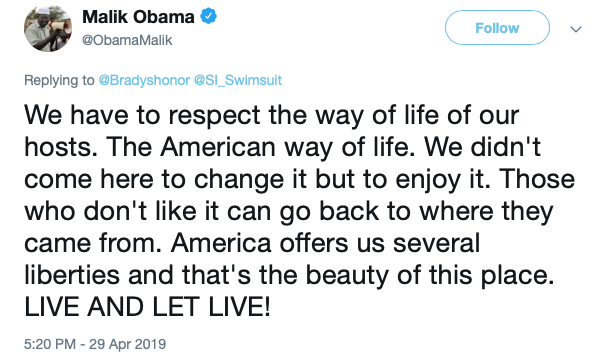 You might think I’m ignorant or whatever else you can come up with in an outrage word salad, but I’m just calling it like I see it. This move by Sports Illustrated isn’t liberating. It’s insulting.