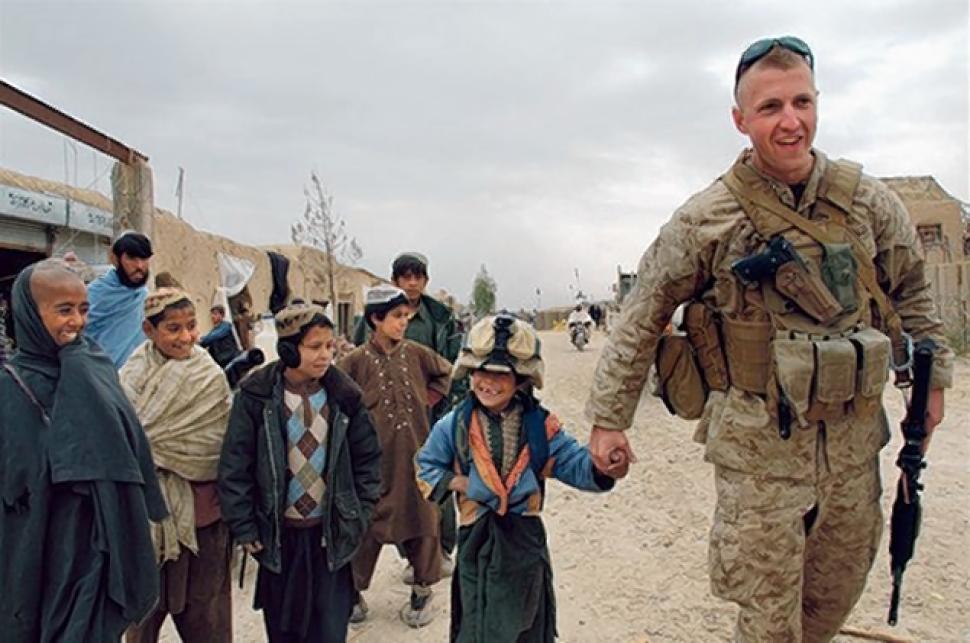 U.S. Marine Corps Captain Jason C. Brezler. a decorated Marine officer who has deployed four times, faces being discharged from the Corps he loves because he used his personal email to send a single classified report as an urgent warning when lives were at stake.

Intelligence Inspectors General (IGs) found two top secret documents out of a randomly-picked set of forty from Hillary Clinton's emails - and she is being allowed to continue her campaign with little or a no consequence and, generally, the story is being ignored by the mainstream media.

As reported by the left-wing Daily Beast, on July 25, 2012, U.S. Marine Corps Captain Jason C. Brezler was in the U.S. attending grad school. In fact, he was in class when received an email about Sarwar Jan, the former police chief who Brezler helped to remove from office.  The email was from Marine Major Andrew Terrell, who served with Brezler in 2010. Jan, as police chief, was a notorious drug and weapons trafficker and a friend of the Taliban who ran a child kidnapping/rape ring on the side. Terrell's email said that the former police chief had returned to the area where they served, near FOB Delhi in Afghanistan.

"The accompanying message from Terrell read, 'Jason, I just got an email from one of my friends in Afghanistan; he just met Sarwar Jan. He is looking for anything we have on him. Do you still have that paper Larissa wrote on this guy in Now Zad? It could be very helpful. Anything you can think of would be useful. Thanks brother, Andrew.'

Larissa Mihalisko was a Marine intelligence officer who had prepared a report on Jan with information provided by Brezler and Terrell. Brezler had kept a copy along with other necessary operation reports on the personal laptop he used in the war zone, the Marines not having provided him one.

Now, in the moments after he received the urgent message from Terrell, Brezler decided it was great luck that he had downloaded the hard drive from that laptop onto his new one.

'I immediately typed ‘search’ and ‘Sarwar Jan’ and uploaded the document,' he would recall in court papers.

In the next instant, he sent the report to the email address that Terrell had provided for another Marine in Afghanistan. He gave no thought to the document’s classification."

Major Jason Brezler's email with the classified information sent to FOB Delhi was meant to be an alarm about Sarwar Jan - but, it was ignored. Soon after, three Marines working out at the base's gym were shot and killed "by an Afghan teen brought on the base by the same corrupt and double-dealing pedophile police chief whom Brezler had declared to be an immediate threat."

Brezler knew the document had been classified, but he figured that had likely changed with the passage of time. And he was only passing on to a fellow Marine what he and Terrell had reported in the first place. But he could tell that the other Marine [who received his email] was taking it as a breach of security.  Brezler had still been in class during all this. He continued to live by the Naval Academy honor code, and he used the lunch break to call a Marine higher-up to report himself.

Here's the sick part. The only one who is being punished for that act is U.S. Marine Corps Captain Jason C. Brezler, a decorated Marine officer who has deployed four times, who now faces being discharged from the Corps he loves because he used his personal email to send a single classified report as an urgent warning when lives were at stake - and who followed up by self-reporting his breaking of rules.

At first, his only punishment was a reprimand, but when the families of the three marines murdered in the gym began to complain that they were being told nothing about the death of their loved ones, Captain Brezler reached out to Rep. Peter King (R-NY) for help.

Suddenly, some of the Marine brass decided that a reprimand was not enough. Brezler could not help but notice that nobody was being investigated for failing to act on the report itself.

“I do not know, and cannot understand, how Jan was ever permitted to operate again with, in proximity to, Marine forces, let alone assume a command on a Marine FOB with an entourage of chai boys,” Brezler said in court papers. “Had senior Marine commanders paid attention to the dossier we prepared when we expelled Jan from Now Zad, or the Marine commanders responsible for FOB Delhi acted on the warning I sent in response to their urgent request, I believe the Marines murdered on FOB Delhi would be alive today.”

The commanders who messed up weren't punished, but the Captain who loved being a Marine is being drummed out of the Corps, unless Secretary of the Navy Ray Mabus sets the decision aside.

Now, compare the case of Captain Brezler to that of Presidential candidate Hillary Clinton. As Secretary of State, against the rules, she used a private email server so she could keep all the emails to herself. Over that private server, she sent classified information. When others discovered the private server, she denied it ever held classified information, and she selected which emails to turn over - and then had her server wiped clean.  After months of refusing, Ms. Clinton finally turned her server over the FBI. So far, she is getting off without even a reprimand and the mainstream media is protecting her.

Captain Brezler, on the other hand, sent one classified document in an attempt to save the lives of other Marines. When he realized his mistake, he reported himself. As soon as he was asked, he turned his computer and thumb drive to his superiors. And, when the subject of the three marines who were killed was brought up by their grieving families, he didn't go talk to them, he spoke to a U.S. Congressman who had clearance because he was on the intelligence committee. Now, Captain Brezler is being forced out of the Marine Corps the loves.

As the author of the Daily Beast piece concludes:

Brezler has continued to serve with distinction as a member of Rescue 2 of the FDNY. A retired firefighter named Jimmy Boyle ran into him the other day and called out a question many are asking.

“Hey, Jason, what did you do that Hillary didn’t?”