If you’re on the far-Left, it’s not enough to insultingly label just one person. You have to make blanket statement against anyone who’s affiliated or anyone who supports that one person. Such is the case concerning President Trump and his supporters.

Jonathan Van Ness, one of the stars of Netflix’s reboot of “Queer Eye for the straight guy, has received a lot of grief for tweeting that “Not all Republicans are racist,” while at the same time believing Trump is a racist.

Van Ness got political on Twitter concerning the 2018 midterm elections. While Van Ness did say that he wants the Left to “take back the house & senate,” he warned about the Left going “too left.” 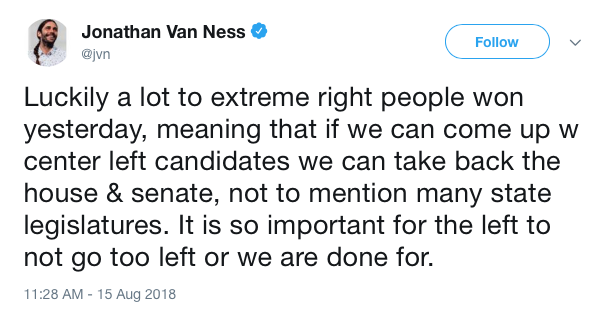 The “Queer Eye” star did get flak for saying the Left shouldn’t go too far to the Left, but it was nothing compared to the animus he received after responding to a commenter that responded to  a subsequent tweet from Van Ness. The commenter questioned how you can have a “‘mutual understanding’ with racists.”

Here’s Van Ness’ two tweets where he talked about “mutual understanding” and how “Not all republicans are racist”: 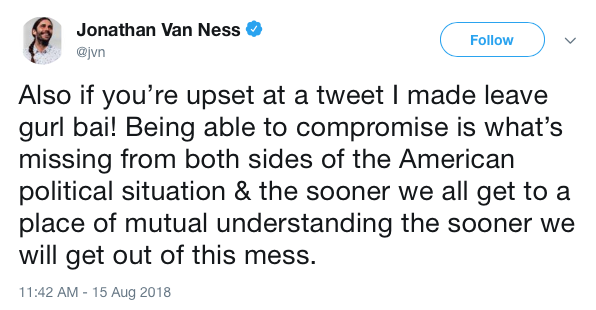 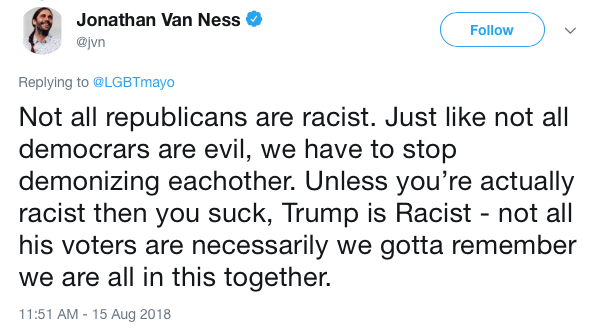 Now, here’s some of the hate Van Ness received for saying “Not all republicans are racist: 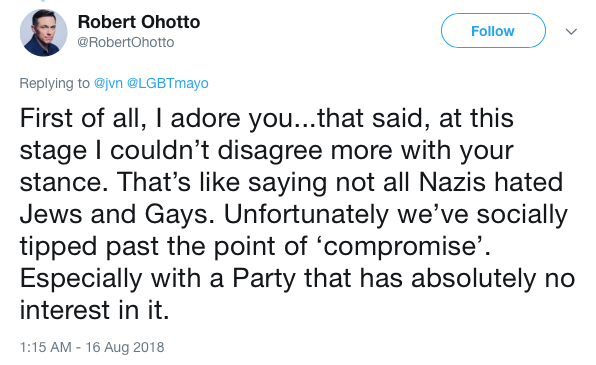 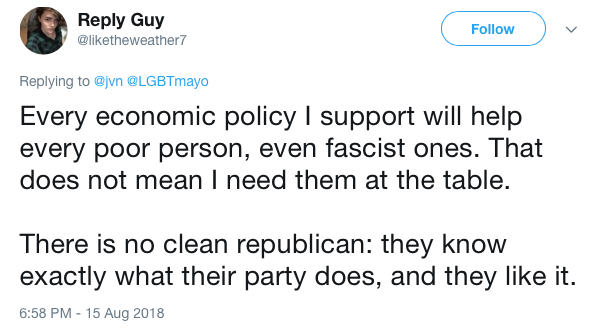 It’s not enough to just disparage Trump. People are now encouraged by the far-Left to label all people who don’t agree with their agenda-driven narrative, whether they support Trump or not, as racist, sexist, homophobes who hate all immigrants and have to be white supremacists.

Stop making blanket statement about large groups of people, and maybe we could have discussions that might get all of us somewhere productive.