Author and leftist pundit Dan Savage is now calling for pro-illegal immigration activists to storm Fox News headquarters in New York City and harass employees as they try to leave the building -- all because the network and many of its reporters have dared to contradict the liberal media's false immigration narrative with actual facts. 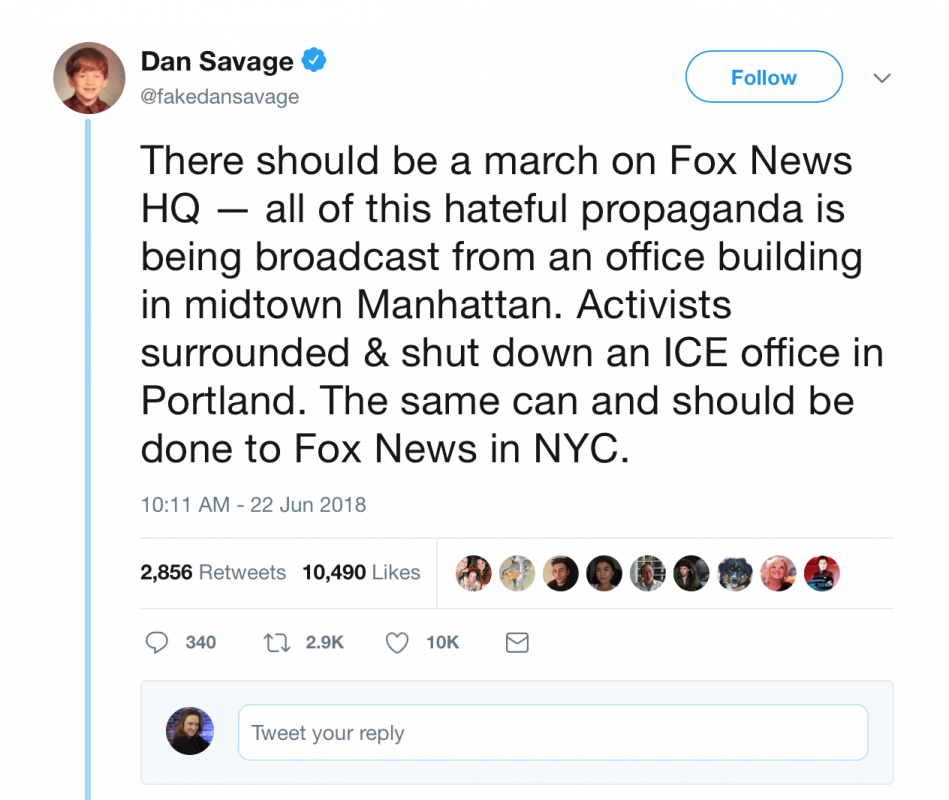 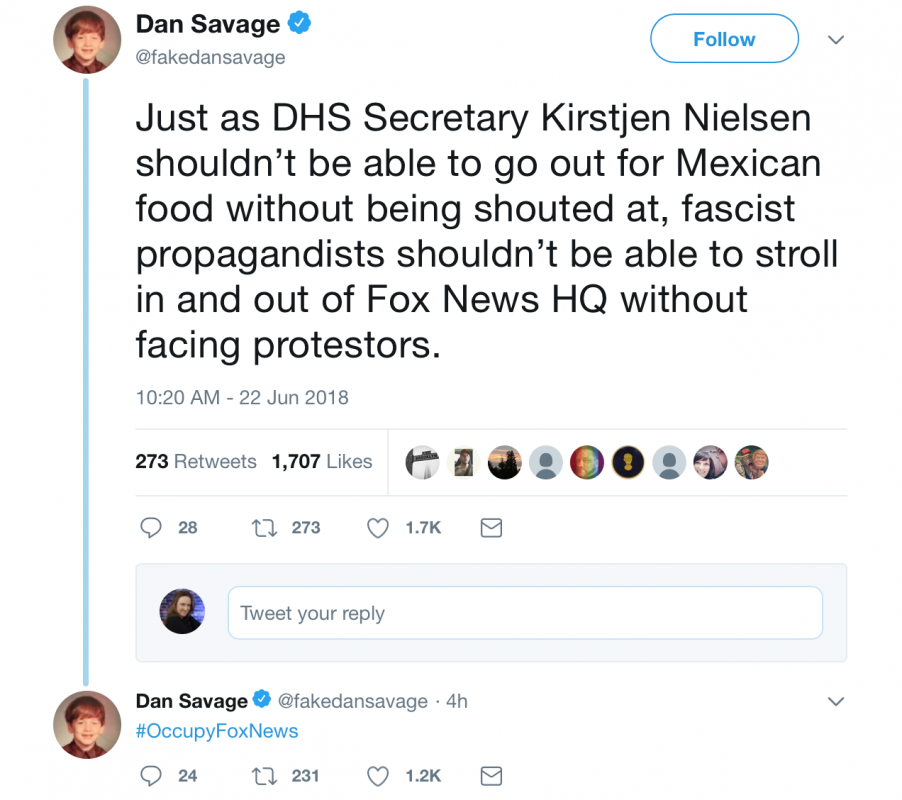 Yep. The same side of the ideological aisle that screams ad nauseam for freedom of the press and decries any alleged “attack” on the news media is now encouraging rioters to attack any news media who may have a differing opinion from the political Left.