Scrolling through Twitter you can find Kavanaugh’s 10-year-old daughter being mocked in an illustration which shows her bowing her knee in prayer, saying, “Dear God, forgive my angry, lying, alcoholic father for sexually assaulting Dr. Ford.” 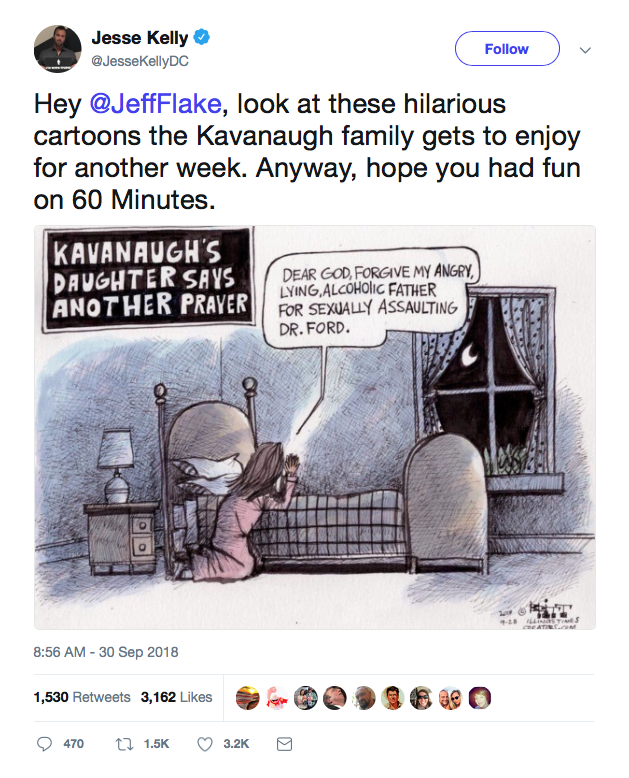 You’d think there’d be some limits to what leftists would do in their cartooning, but then again, should we expect anything else?

To find the next political cartoon, you don’t have to search far or wide. The Chronicle Herald’s cartoonist basically stamped Kavanaugh as well as the GOP as guilty of sexual assault, with the Republican Party logo on the wrists of a man holding down Lady Justice. 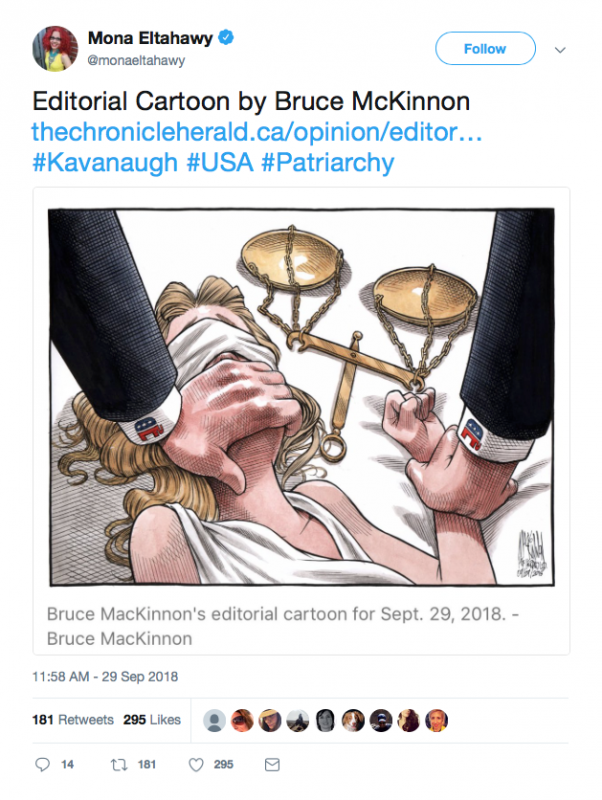 The ironic thing here is that it seems to be the liberals that are tying Lady Justice’s hands down and shutting her mouth, because they’ve been approaching the whole situation with Kavanaugh as “guilty until proven innocent."

But of course that doesn’t matter to the Left. What does matter is getting the narrative they want to drive their agenda.

In the illustration below, the cartoonist shows what he calls the “revised Brett Kavanaugh calendar," a pseudo-calendar that is marked with descriptions of Kavanaugh having rowdy, sex-filled outings with friends. 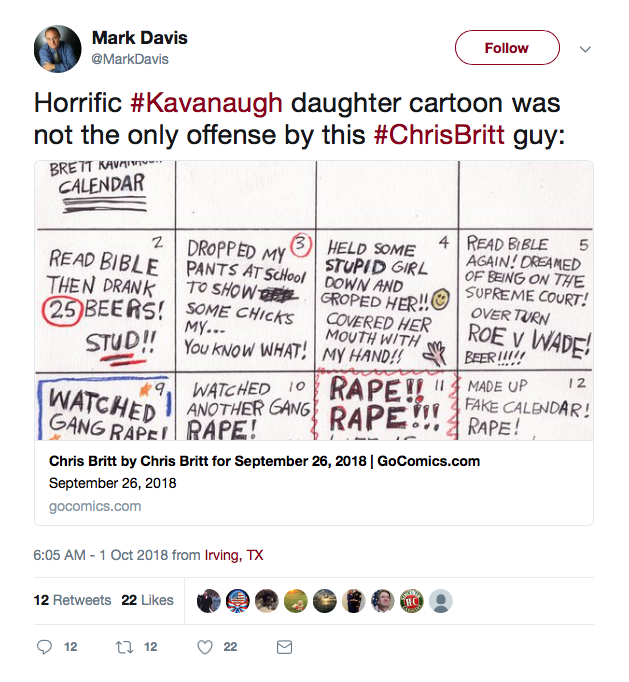 It’s unfortunate that nowadays we can “convict” someone without any evidence to support the allegations against them. It’s also unfortunate when those who have a "voice" end up siding with that type of thinking in their illustrations.