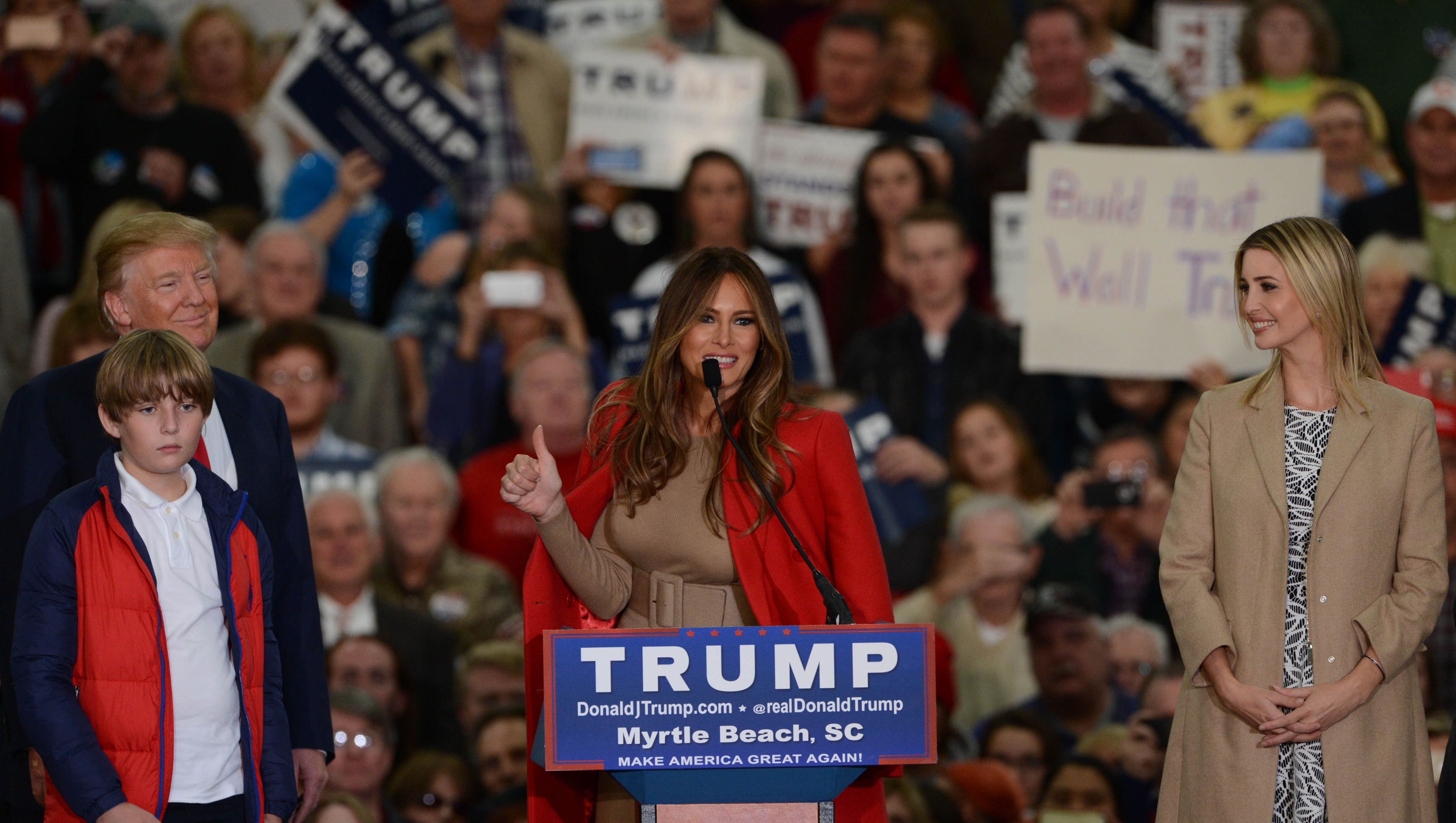 The same people who tell conservatives not to judge others for what they choose to do in their bedrooms are speculating about -- and judging -- President Trump and First Lady Melania Trump’s sex life.

The ever-reputable Us Weekly reported this week that Melania and Donald apparently keep separate bedrooms and, with an added innuendo, wrote they “never spend the night together.”

Us Weekly cited “multiple sources,” without names, who allege Melania “refuses to share a bed with Donald even on the rare occasions when they sleep in the same city.”

One of the people quoted, identified as a “Trump insider,” said, “They have separate bedrooms.”

A “family source” reportedly told Us Weekly, “Melania wants as little to do with Donald as possible.”

"She is not interested in Donald, the presidency or anything involving him," the source claimed.

A representative for Melania reportedly told Us Weekly, “It's unfortunate that you are going to feature unnamed 'sources' that have provided fictional accounts."

The sex and constitutional law experts at Cosmopolitan quickly picked up the story. Without using the words “allegedly” or “reportedly,” Cosmo’s Natalie Cornish simply wrote in her headline, “Donald Trump and First Lady Melania 'don't sleep in the same bed'.” The tagline for the story asks readers, “Well would you want to?”

Cornish kept up Cosmo’s journalistic standards by ending her piece with mentioning Trump wears a bathrobe and adding, “LOL.”

Slate writer Christina Cauterucci’s headline for the story had the nerve to ask “how we should feel” about the idea that Trump and his wife are not sleeping together, as if it is any of our business.

After admitting it is wrong to judge adults based upon their sex lives, Cauterucci still defends the Us Weekly story by saying the story “does matter” because of Trump’s “big-powerful-rich daddy persona.”

Both Cosmopolitan and Slate have articles condemning slut-shaming, which rests on the assumption of, “Who are you to judge?” in regards to sexuality -- sexually active or not.

Cosmopolitan’s site has an array of different articles about not judging people for their sexual choices, such as “Why You Should Think Twice Before Calling Someone a Slut (Even as a Joke),” “MTV's ‘True Life: I'm Being Slut Shamed’ Does Little to Fight Slut-Shaming,” and a hundreds of stories about celebrities fighting against slut-shaming.

Articles from Slate include “Has Rush Limbaugh Finally Gone Too Far in Slut-Shaming Sandra Fluke?”, a favorable review of “The UnSlut Project,” and even more ironically, “Liberals slut-shame as much as Rush.”

It should be noted that neither Cosmo nor Slate had a problem with writing articles supporting Hillary Clinton for president, even though her husband actually used his position of power to take sexual advantage of women. In fact, Cosmopolitan even called their relationship one that makes them “good marriage role models.” But, apparently, what the president may or may not do in his bedroom with his actual wife is headline-worthy news and fair game for public scorn.