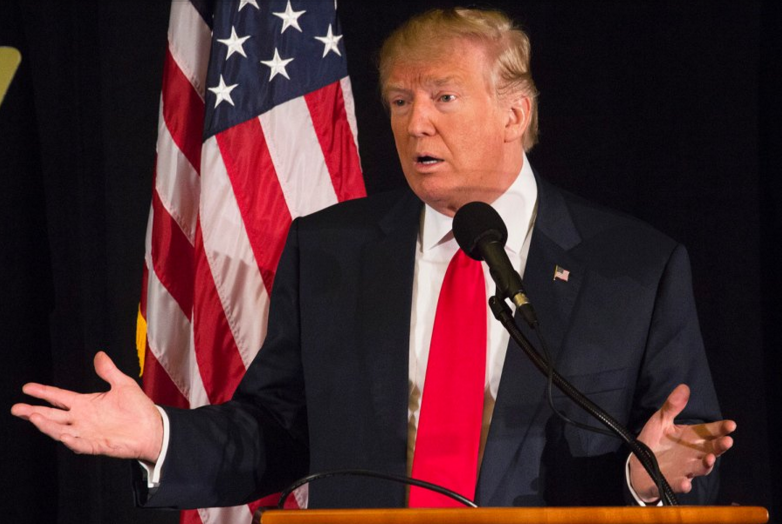 During the event’s Q-and-A session, Trump was asked whether he would “support and fund a more holistic approach to solve the problems and issues of veteran suicide, PTSD, TBI and other related military mental and behavioral health issues" facing veterans.

Trump replied, "Yes, I would. Look, we need that so badly."

The liberal media immediately jumped all over his remarks, twisting his words to make it sound as though Trump said veterans who commit suicide or have PTSD aren’t “strong” and “can’t handle” the horrors of war.

How can any veteran vote for Trump? He insults all of you and your families. https://t.co/33t5bDerHo

Donald Trump suggested to a room full of veterans that soldiers suffering from PTSD are not “strong” and “can’t handle it.” pic.twitter.com/RPVu28Ma2U

Others who read the liberal media's reports took to Twitter to express their outrage.

My husband served this country honorably. He has #PTSD. #Trump has officially crossed the line for me and my family. https://t.co/o7uLCsGwCy

Who will defend this absolutely disgusting, beyond ignorant comment comment by @realDonaldTrump? I'm shaking with anger! #PTSD #Trump

Vet with PTSD here - I can’t wait for this election to be over with - hopefully trump will disappear. https://t.co/Iv5PW1JvdU

The man who asked Trump the question, retired Lt. Gen. Michael Flynn, came out in defense of Trump on Monday, criticizing the media for taking his “words out of context” so as to “deceive voters and veterans.”

“The media continues to operate as the propaganda arm of Hillary Clinton as they took Mr. Trump’s words out of context in order to deceive voters and veterans—an appalling act that shows they are willing to go to any length to carry water for their candidate of choice,” Flynn said in a statement. “Mr. Trump was highlighting the challenges veterans face when returning home after serving their country. He has always respected the service and sacrifice of our military men and women—proposing reforms to Veteran Affairs to adequately address the various issues veterans face when they return home.”